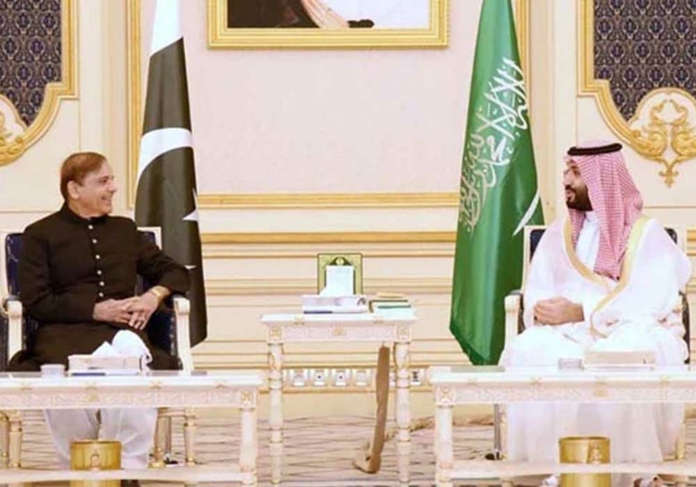 Saudi Arabia and Pakistan have held detailed discussions to agree on the specifications for a brand-new deep conversion refinery that the kingdom plans to construct.

According to local media, the initiative will be announced during Saudi Crown Prince Mohammad Bin Salman’s upcoming trip to Pakistan.

Prime Minister Shehbaz Sharif held discussions about the $21 billion MoUs while in Saudi Arabia last month, the refinery project, and the $10 billion petrochemical complex that had been signed in February 2019.

However, the petrochemical complex is no longer included in the proposal under the current scenario.

According to a senior official involved in the Abu Dhabi negotiations, the refinery will now only be configured with the ability to refine 350,000 to 400,000 barrels of crude oil per day.

Minister of State Musadik Malik is leading the team from Pakistan, which also includes other sector officials from the Petroleum Division, the Secretary of Petroleum, the Secretary of the Board of Investment, and the MDs of PSO and PARCO. The Saudi energy minister and Saudi ARAMCO executives are speaking on behalf of the KSA.

The government has already amended the draft of its refining policy for the new refinery, which will have 16% profitability, a 20-year tax vacation, and six years of protection duty. The official stated that the Pakistani delegation is conversing with the KSA team over an open-ended policy.

According to the official, the new refinery will be able to export 35–40% of Pakistan Oilfields Limited (POL) completed output, with the remaining portion being utilized to meet domestic demand.

A delegation from Pakistan is also in talks with the Abu Dhabi National Oil Company (ADNOC) about meeting the nation’s energy demands.