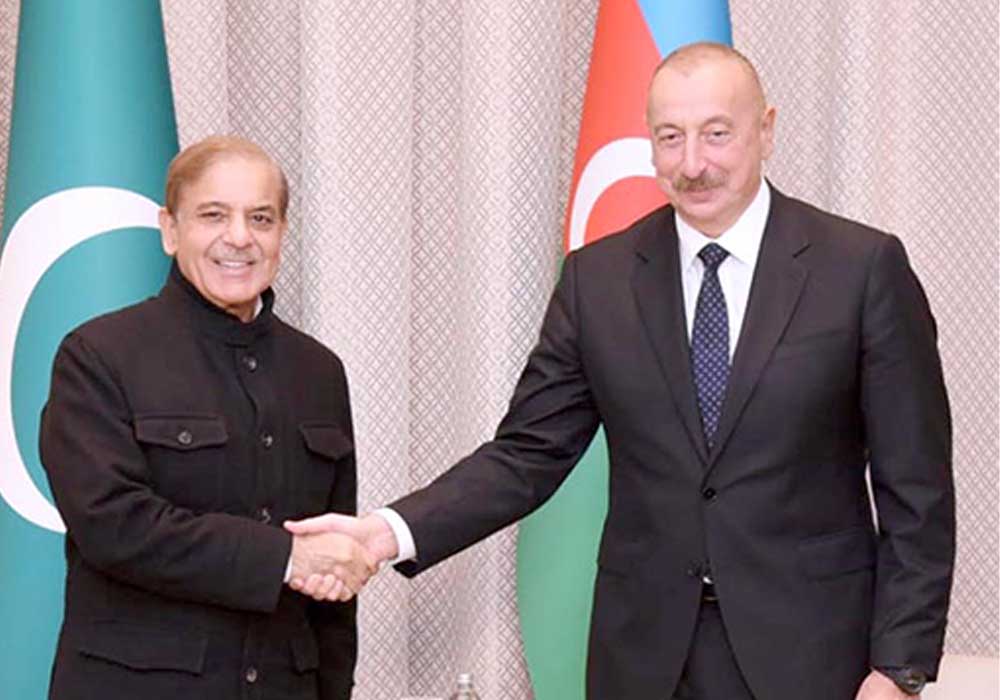 Pakistan and Azerbaijan on Wednesday agreed to hold robust talks on energy collaboration.

The decision was made during a meeting between Prime Minister Shehbaz Sharif and Azerbaijan President Ilham Aliyev on the sidelines of the 6th Summit of the Conference on Interaction and Confidence Building Measures in Asia (CICA).

During the meeting, the two sides renewed their pledge to intensify and deepen bilateral engagement in diverse areas of mutually beneficial cooperation. They also reviewed various ongoing initiatives aimed at boosting connectivity, trade and investment between the two countries.

The prime minister underlined the need for fostering close cooperation between the two countries in the field of energy.

Shehbaz informed the president that he had nominated the minister of state for petroleum as the focal person for bilateral energy cooperation. He also proposed leadership-level consultations in Islamabad aimed at advancing regional connectivity.

The prime minister also briefed President Aliyev on his government’s efforts aimed at rehabilitating millions of flood victims in Pakistan. Shehbaz told the president of a looming food crisis in Pakistan in the wake of cataclysmic floods. “The import of urea was essential to avert this danger and revive the agricultural produce in the country. President Aliyev assured Shehbaz of Azerbaijan’s full support in this respect. 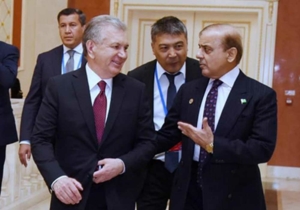 He reaffirmed Pakistan’s principled support to Azerbaijan on the Nagorno-Karabagh issue and appreciated President Ilham Aliyev’s endeavors for bringing long-term and sustainable peace to the South Caucasus.

This was the second interaction between the two leaders since Shehbaz assumed the office. Earlier, they met on the sidelines of the SCO moot in September.

The prime minister was received by the Kazakh president on his arrival at the venue.

Besides other CICA leaders, President of Uzbekistan Shavkat Mirziyoyev also attended the reception. Prior to the reception, the prime minister, along with other participating leaders also attended a cultural show. Shehbaz had recently met both leaders on the sidelines of the Shanghai Cooperation Organization summit held in Samarkand.

During the visit, the prime minister will address the plenary meeting of CICA today (Thursday), where he will elaborate upon the significance of CICA as a unique forum for promoting interaction, understanding, and collaboration amongst countries across Asia to address common challenges. He will also highlight Pakistan’s perspective on regional and global issues.

CICA is an intergovernmental process comprising 27 countries from all across Asia. Established in 1992, it focuses on promoting peace, security and socio-economic development in the Asian continent. Pakistan is one of its founding members.