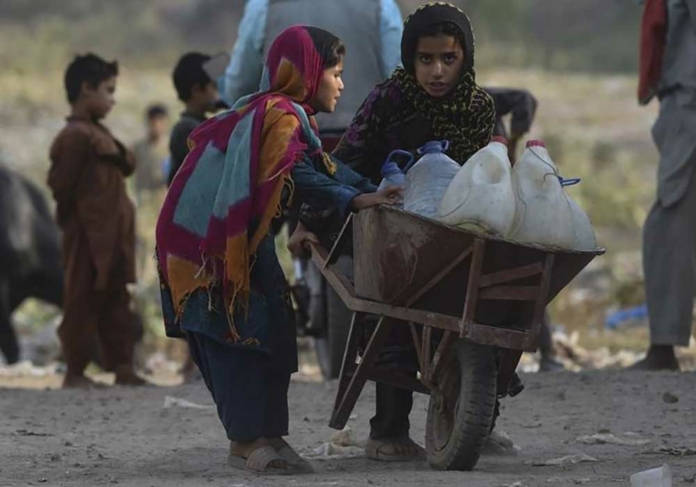 Pakistan on Saturday called for steps to end the deepening humanitarian crisis in Afghanistan, saying that the country’s economy should be revived as a priority.

“Our priority, first and foremost, is an end to the humanitarian crisis in Afghanistan,” Ambassador Munir Akram told the United Nations Security Council “Arria-Formula” meeting, while asserting that peace and stability in that neighbouring country was of “vital concern” to Pakistan.

Russia convened the meeting on “Preventing economic collapse and exploring prospects for recovery and development in Afghanistan” under the format of Arria formula, which is named after a former Venezuelan UN ambassador, Diego Arriva. It is a very informal consultation process which affords the 15-member Council the opportunity to hear persons in a confidential, informal setting.

In his remarks, the Pakistani envoy urged the international community to fulfill the UN Secretary-General’s appeal for $4.2 billion in humanitarian assistance to Afghanistan.

“We need to revive the Afghan economy – its banking system – and for that purpose the Afghan assets which are held abroad need to be injected back into the Afghan financial system,” Ambassador Akram said, suggesting a “pragmatic approach” in dealing with Afghanistan.

The United States froze the $7 billion of Da Afghanistan Bank (DAB) assets held in the US after the Taliban regained power in August 2021. The US has not recognized the Taliban as Afghanistan’s government, but it has held talks with the Taliban over unfreezing the assets.

“We know all the legal arguments about holding these resources back and why and wherefore,” the Pakistani envoy said. “But you need a roadmap to see how to rebuild the Afghan economy,” he said, noting that the Organization of the Islamic Cooperation (OIC) was giving careful thought as to how to accomplish the task of injecting the Afghan assets held abroad into the country’s system without violating norms and principles.

If the humanitarian crisis does not end, apart from the massive suffering of the 95% of the Afghan people, Ambassador Akram said there would be another flow of refugees that Pakistan or any of Afghanistan’s other neighbors would be able to accommodate. On its part, Pakistan has hosted over 3 million Afghan refugees for 40 plus years.

“So we need to deal with the humanitarian situation; we need to revive the Afghan economy,” he said, as he thanked those assisting Afghanistan in response to the Secretary-Genera’s humanitarian programme.

Apart from stability, peace and the economic revival, Ambassador Akram also said that Pakistan was concerned with terrorism emanating from Afghanistan. “We are still suffering attacks from across the border from the Tehreek-e-Taliban Pakistan (TTP), which receives sponsorship from other sources,” he said, noting that Al Qaeda was a shadow of its past.

“The real threat comes from Daesh and from TTP,” he said, adding that Pakistan’s efforts to deal with them have been difficult. “Even as a closest neighbour of Afghanistan, with shared culture and history, we still have difficulty in dealing with them because there are other factors at play and we know what they are.”

As for the rights of women and inclusivity, Pakistan totally subscribes to the aspirations and desires of the international community. “But”, he said, “one also has to see the reality of Afghan society, of what is Afghanistan.”

The Pakistani envoy then posed questions: “In twenty years when the foreign forces were there and democracy was sought to be fostered, how democratic were those elections? How many women and girls in Afghanistan were able to enjoy the rights that we saw on the television screens in Kabul, in Mazar-e-Sharif?

The rural areas of Afghanistan had not changed, he said, adding that women were still in the same plight that they’ve had for centuries. “Yes, we must promote their rights. We must defend their rights. We must stop the backward policies that the Taliban have implemented,” the ambassador said. “But also, let us not see it as black and white. It is much more nuanced, the situation and we have to work with the Afghan society and the OIC countries are working.”

He said there was a need for persuasion, engagement and dialogue with the Taliban in an effort to change their policies because their ideological polity was rooted in culture, and he called for adopting a “realistic approach.” “It must be an approach of engagement, rather than isolation and coercion, because we have seen that 20 years of coercion did not work,” Ambassador Akram said, adding that isolation would not work either.

“We need engagement and I hope that the international community will come around to the fact that engagement is what is necessary.”