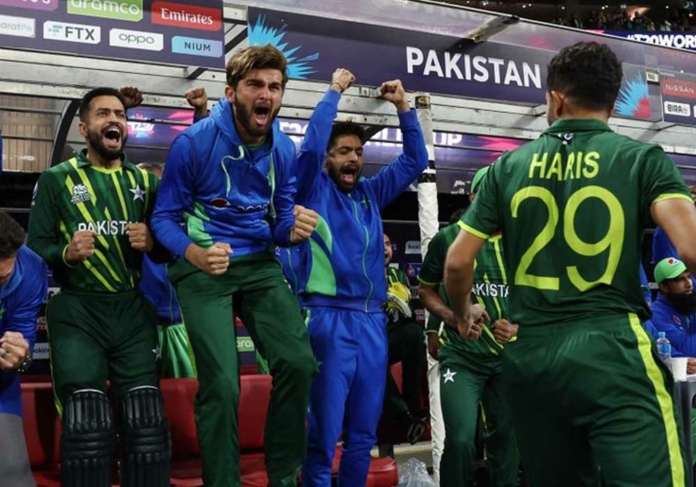 Pakistan won the semi-final after defeating New Zealand by seven wickets chasing down 152 runs in an all-important semifinal at Sydney Cricket ground with Captain Babar Azam and Muhammad Rizwan stepping up to the occasion.

Batter Shan Masood scored the winning run on the first ball of the last over by Tim Southee and the Pakistan team begins celebrating in the dugout.

The wicket caused New Zealand to play it safe during the power play by bringing Kane Williamson to the crease.

Fast bowlers Haris Rauf, Mohammad Wasim, Naseem Shah, and Shaheen all made tight overs to add to the pressure on the Blackcaps throughout the game.

Cornered tigers are meant to come back when they’re against the wall and seem like the Pakistan cricket team has made a habit of coming back from tough situations.

According to many experts in Pakistan and around the world, the Pakistan team looked like the first team to be knocked out from the tournament especially after losing the first two games against India and Zimbabwe but now Pakistan becomes the first team to qualify for the finals.

Pakistan made a comeback against the Netherlands followed by a stunning victory against South Africa, who was leading the group. In an amazing turn of events during the 48 hours, Pakistan qualified for the semis, and South Africa got knocked out in the group stage.

Babar Azam and Muhammad Rizwan were also under severe criticism for lack of form during the tournament despite the fact both were in the top 3 ranking in the T20 format. The experienced duo showed responsibility and made the base for an epic run chase and helped Pakistan to qualify for the finals for the first time since 2007.

Babar and Rizwan have also become the first opening pair to have three hundred runs in an opening stand in T20 World Cups surpassing the greatest opening pair to ever play the game, Mathew Hayden and Adam Gilchrist.

ISPR congratulated team Pakistan for a stellar performance and for winning the semifinal. The army media wing also wished Good luck to green shirts for the final.

PM Shehbaz Sharif congratulated team Pakistan for making it to the finals.

Well done Team Pakistan 🇵🇰 for an incredible come back.

The former prime minister and captain of the 1992 world cup winning team Imran Khan congratulated Babar Azam and the team.

Congratulations to Babar Azam and the team for a great win.

King of Swing Wasim Akram expressed his delight over the Pakistan team’s performance.

PAKISTAN IN THE FINAL !!!! 💚💚💚LETS GO 🇵🇰🇵🇰🇵🇰 FROM BEING ALMOST KNOCKED OUT TO BEING THE FIRST TEAM GOING TO THE FINAL ALHAMDULILLAH #NZvPAK #T20WorldCup pic.twitter.com/wREkcGe2KQ

Pakistan will play the winner of the India vs. England match on Sunday in the final of the ICC T20 World Cup at Melbourne Cricket Ground. The last time Pakistan played a final at MCG was in 1992 when Pakistan won their first-ever World Cup. 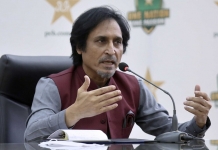 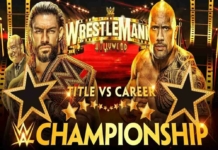