Pakistan ease to 7-wicket win over Netherlands in second ODI 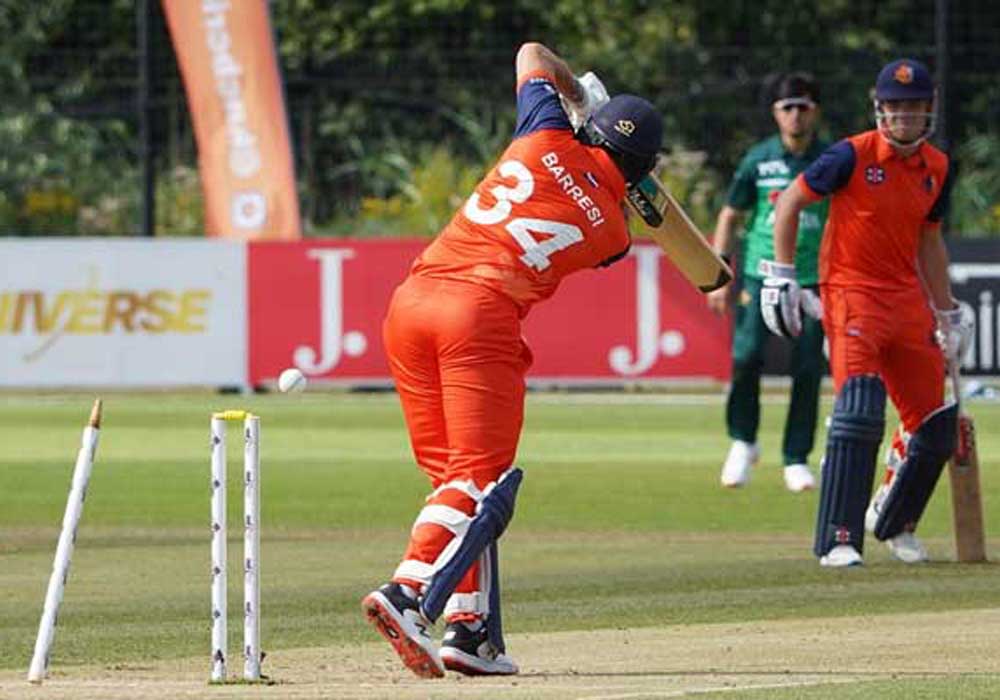 An all-round performance from Pakistan ensured there wouldn’t be a repeat of the nervy finish of the first ODI, crushing Netherlands by seven wickets to take an unassailable 2-0 lead in the series. Winning the toss and batting first on a used pitch, Netherlands found themselves under intense pressure straightaway.

The Dutch only managed 186 runs before they were bowled out in 44.1overs.

Only a 109-run partnership between Bas de Leede and Tom Cooper demonstrated any fightback, but aside from that, just one man — and two partnerships — managed to get out of the single digits.

In reply, Pakistan achieved the target in 33.4 overs for the loss of three wickets.

The early loss of the openers gave Pakistan a small scare, but half-centuries from Babar Azam and Mohammad Rizwan put them back on course, before a brisk cameo from Agha Salman applied the finishing touch, Pakistan getting home with 16.2 overs to spare.

Muhammad Nawaz was declared player of the match.

Pakistan is leading the series two-nil.

On Tuesday, opener Fakhar Zaman hit his seventh one-day international (ODI) century to steer Pakistan to a 16-run victory in the first of a three-match series against the Netherlands in Rotterdam.

Pakistan won the toss and elected to bat in warm and humid conditions on a day where big scores were expected on a sluggish pitch at the VOC Cricket Club outside the Dutch harbour city.

The tourists however got off to a slow start before posting a commanding 314-6 after 50 overs.

Despite a valiant run chase, the Dutch finished on 298-8 against a spirited Pakistani team.

Zaman carved out a run-a-ball 109 while captain Babar Azam hit 74 before being caught.

The home bowlers initially contained Pakistan’s batting, with the visitors losing their first wicket, that of dangerman Imam-ul-Haq, lbw to paceman Vivian Kingma in the sixth over.

But Zaman and Azam eventually let loose and put on a partnership of 168 off 170 balls before Azam was caught in a soft dismissal. Zaman was dismissed two overs later when he was brilliantly run out by Dutch captain Scott Edwards.

Pakistan looked set for a larger total but the Dutch bowlers did well to restrict them. The Dutch let themselves though down in the field and dropped several catches.

Fellow quick Haris Rauf (3-67) claimed the important scalp of Cooper, who made 65 off 54 deliveries.

Cooper and 19-year-old Vikramjit Singh (65) put together a 97-run stand to steady the Dutch innings.

Edwards then took the bat to ball and with three overs left, the Dutch required 48 runs off 24 deliveries. Despite Edwards’ heroic knock of 71 off 60 balls, the Dutch fell agonisingly short.