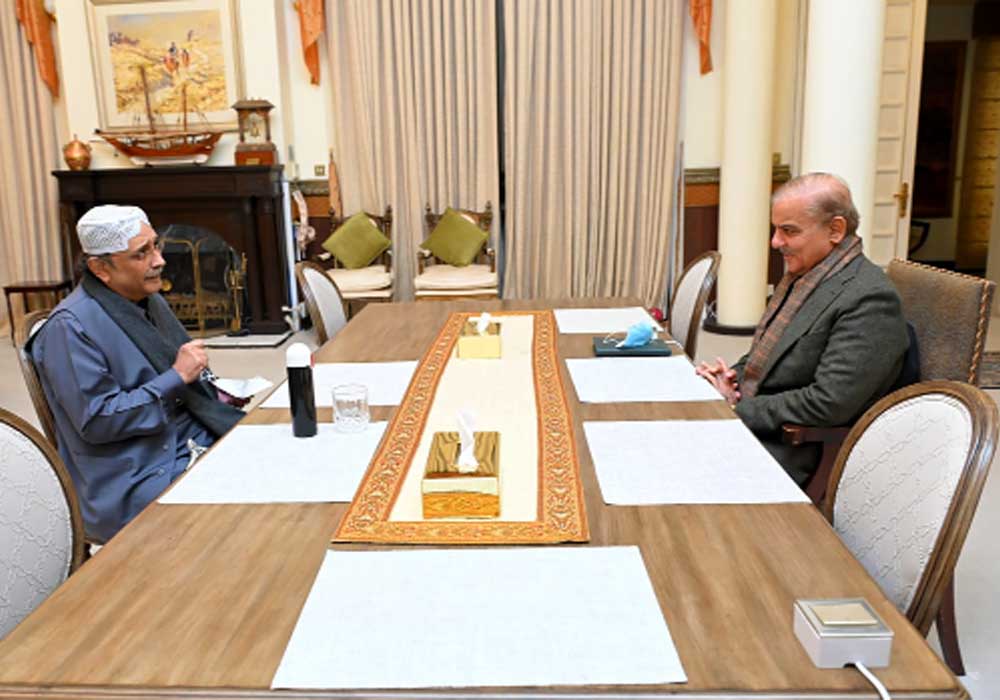 Prime Minister Shehbaz Sharif on Tuesday said that due to difficult decisions made by the coalition government, Pakistan was out of the risks of default.

He said the government was taking all possible steps to further strengthen the national economy and was striving with priority measures to reverse price hike and provide relief to the common people. The PM expressed these views while talking to a delegation of Jefferies, a leading global investment banking and capital markets firm. Finance Minister Ishaq Dar was also present during the meeting, PM’s Office Media Wing said in a press release.

Shehbaz regretted that unfounded rumours were being spread about the economy of Pakistan and reprehensible efforts were made to create havoc. He said the coalition government, without caring for the political price, saved the country from the repercussions of the previous four years of maladministration by the former government. He also reiterated that the government was making efforts to reduce the foreign trade deficit and providing all possible facilities to foreign investors. Welcoming the delegation, the PM invited the firm to open its office in Pakistan.

The delegation termed the economic recovery of Pakistan a good sign under the leadership of the prime minister that faced the economic challenges in an effective manner and put the country on the path of economic stability.

PM meets Zardari: Former President Asif Ali Zardari met Prime Minister Shehbaz Sharif at the PM’s House and exchanged views on the country’s overall political situation. During the meeting, rehabilitation of the flood victims and the process of aid in view of the advent of winter were reviewed. It was agreed to speed up the rehabilitation process of the flood affected people.

It may be mentioned here that Balochistan Chief Minister Mir Abdul Qudus Bizenjo will meet Shehbaz Sharif today and give a briefing on the financial issues facing the province. “The chief minister will also draw the attention of the prime minister towards the slow progress in the implementation of federal projects,” a handout issued by the Directorate of the Public Relations said.

They conveyed the premier’s message to Tarar, who agreed to take over the responsibilities as a federal minister once again.