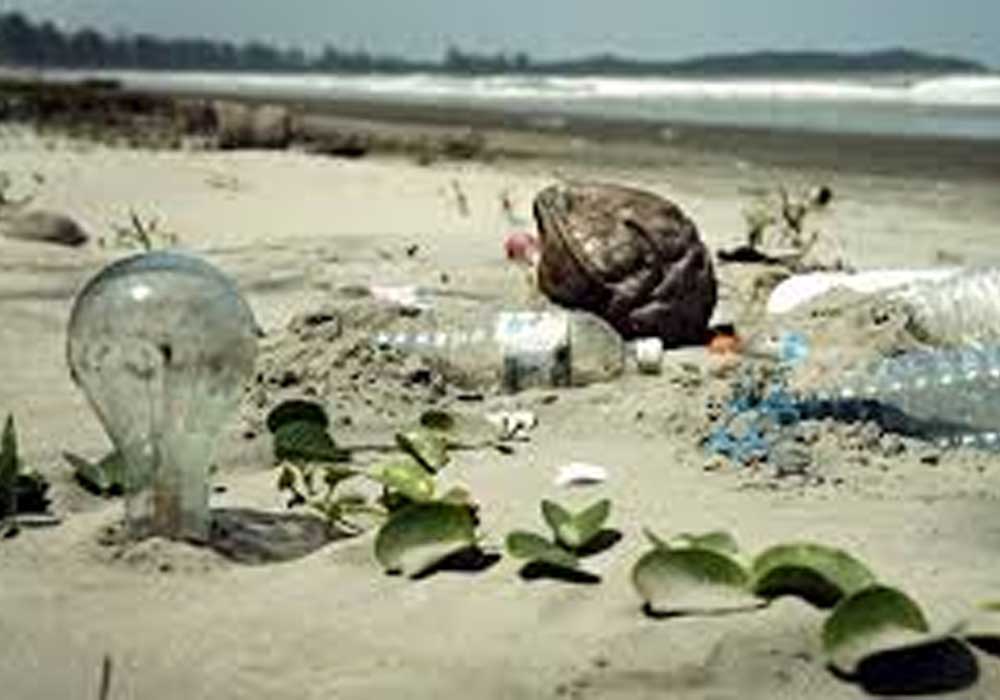 Pakistan is facing problems of various types of environmental pollution for the last 25 to 30 years which is going on increasing with the passage of time. These environmental pollutants include air pollution, water pollution, noise pollution, climate change, misuse of pesticides and pollution caused by them, soil erosion, natural disasters, flooding etc. According to the Global Environmental Performance Index (EPI), Pakistan is among the countries with the worst climate conditions. Pakistan is facing alarming problems due to climate change and global warming which is endangering millions of human and animal lives across the country.

Air pollution, especially “Smog” is a growing environmental problem in most major cities of Pakistan. According to a World Bank report, urban air pollution in Karachi, Lahore and Faisalabad is among the worst in the world and has caused significant damage to human health and the economy. Wasteful use of energy, increase in the number of vehicles used daily, increase in unregulated industrial emissions, and burning of garbage and plastic are some of the major sources of air pollution and smog in urban areas. According to a recent study, the Department of Environmental Protection claims that average pollution levels in major cities are four to five times higher than the standard limits. These emissions have very harmful effects on humans and animals causing different respiratory diseases and eye diseases. It is also causing the loss of plants and trees and adverse effects on plant growth. The major source of air pollution is industrial emissions.

Lack of regulatory control over industrial emissions has contributed greatly to the deterioration of the air environment in large cities. In addition, the common practice of burning solid waste including plastic and rubber on roads by the public emits toxic gases. This is further increasing the air pollution which is very harmful for the residents of the area. According to experts, if the government of Pakistan does not pay attention to this issue, in the future climate change in Pakistan will have a wide range of bad effects on the environment, people and livestock.

The World Bank has presented Pakistan as a water stressed country in its report. Seven major rivers enter Pakistan from India and Afghanistan, including the Kabul River from Afghanistan, while the Indus, Jhelum, Chenab, Ravi, and Sutlej Rivers enter from India. Due to the Indus Basin agreement of 1960, the water of Ravi and Sutlej rivers have been given to India. A network of canals from the Indus River, Jhelum River, and the Chenab River was constructed to supply water to agricultural plains in Punjab and Sindh. While the rest of the country has little access to fresh and running water for agriculture or drinking. The shortage of water not only threatens Pakistan’s economy but also threatens the lives of millions of Pakistanis. On the other hand, the problems of water pollution are increasing massively due to the growing economy and population and lack of treatment for waterborne diseases. Sources of water pollution include excessive use of chemical fertilizers and pesticides, industrial effluents entering lakes and rivers, discharge of sewage into rivers and seas, and use of contaminated pipelines to transport water. It is becoming increasingly difficult for people to get access to a clean water supply, due to which the spread of diseases caused by contaminated water is increasing. Consequently, most of the health problems in Pakistan are either a direct or indirect result of the consumption of contaminated water. 45% of child deaths are due to diarrhoea and 60% are due to waterborne diseases.

Major cities of Pakistan, such as Karachi, Lahore, Faisalabad, Islamabad and Rawalpindi, face noise pollution problems. The major source of this pollution is traffic noise caused by buses, cars, trucks, rickshaws and water tankers. A study reported that the average noise level on a major road in Karachi was around 100 dB and was capable of reaching around 120 dB. This is much higher than the ISO noise level standard of 70 dB, which means that noise above this standard is extremely harmful to the human ear. This study also concluded that noise pollution in Pakistan is higher than the global standard and can cause auditory and non-auditory health problems. Hearing issues include loss of auditory sensory cells. Non-auditory health problems include complaints of sleep disturbances, cardiovascular disease and psychological disorders. Very few laws and policies have been made regarding noise levels in Pakistan. There is no accountability, while federal and provincial environmental protection agencies receive dozens of complaints from the public about noise pollution but these agencies are unable to act due to legal barriers and absence of national-level standards.

In addition to heat, drought and extreme weather conditions in some parts of the country, the melting of glaciers in the Himalayas threatens many big rivers in Pakistan. According to a recent report by the World Organization, between 1999 and 2021, Pakistan has been declared as the 5th worst affected country in the world in terms of extreme weather conditions caused by climate change.

Along with food and water security, mass migration of populations are also a major threat facing Pakistan. Pakistan’s agriculture-dependent economy is vulnerable to increased volatility and uncertainty, particularly in climate conditions. Like many South Asian countries, Pakistan is also more vulnerable to the effects of climate change.

Although non-governmental organizations and government departments have taken steps to prevent environmental destruction but it is not enough to meet this much size of the challenge.

The Billion Tree Tsunami was initiated in 2014 by the Khyber Pakhtunkhwa government as a response to the challenge of global warming. Under Pakistan’s Billion Tree Tsunami Project, 350,000 hectares of land were reforested and degraded land restored. The aim of the project was to improve the forest ecosystem as well as to improve privately owned waste and agricultural land. In order to achieve better results of the project, the concerned communities and stakeholders need to work closely together to ensure their meaningful participation by utilizing the promotion and extension services of the project. Three quarters of a billion trees have been planted under this project in just one year in 2021. This remarkable initiative has been widely recognized by the international media i.e. Washington Post, VOA News, Reuters Al Jazeera and many others. But still Pakistan needs to do a lot to meet this challenge. Otherwise, day by day, the increasing environmental pollution is becoming an alarming and life-threatening issue for Pakistanis.