Pakistan going through ‘monster of a disaster’, says US Congresswoman 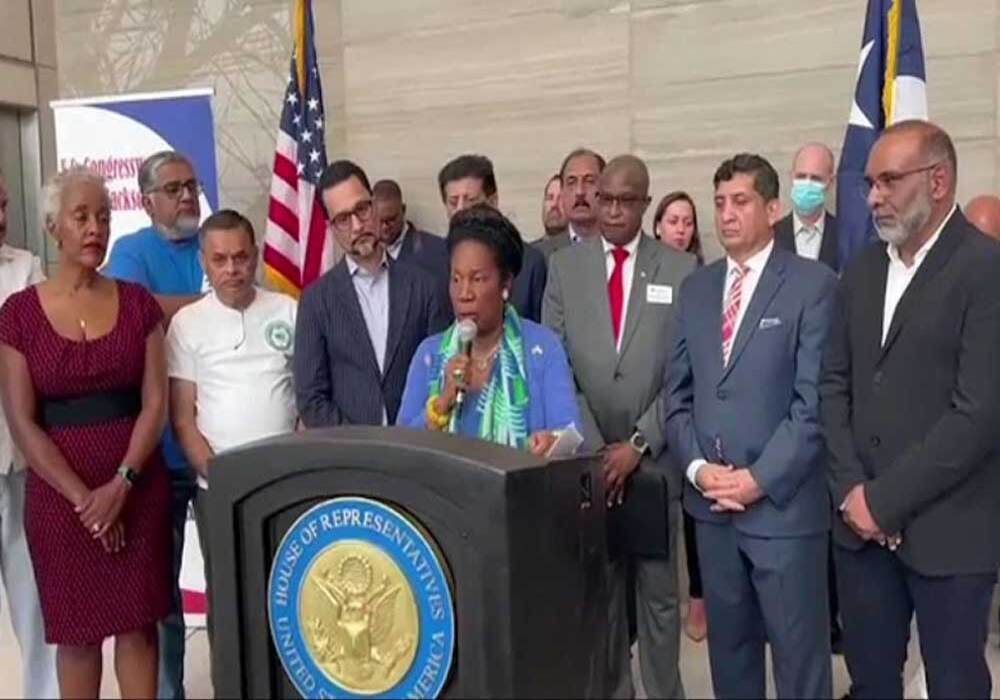 US Congresswoman Sheila Jackson Lee has said that Pakistan was going through a “monster of a disaster”.

In a tweet, Congresswoman Sheila Jackson has stated, “As far as the eye could see, I saw water; we were the first US delegation to visit the most devastating and deadly flooding in Pakistani history.”

She said that the disaster was brought on by the climate-induced cataclysmic flooding; further adding that whole villages were underwater, 33 million Pakistanis were affected, and almost 70,000 women were expected to give birth.

The Pakistan Caucus of the US Congress Sheila Jackson-Lee has said that there has never been so much destruction due to floods in the history of Pakistan.

The delegation received briefing on the rescue operations in the area and losses from the floods.

Earlier, before departing for Pakistan, Jackson had said that the delegation would visit disaster-struck zones and will take all possible steps to help flood victims.

Initial estimates of the damage have been put at $10 billion, but surveys are still being conducted along with international organizations.

United Nations has appealed for $160 million in aid to help tackle what it said was an unprecedented climate catastrophe as Pakistan’s navy has fanned out inland to carry out relief operations in flood-affected areas.