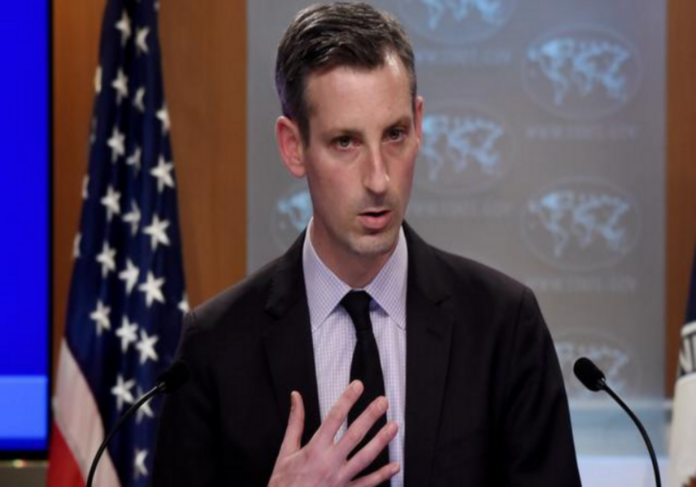 The United States Department of State Spokesman Ned Price, on Tuesday, stated that Pakistan had a civilian government that was democratically elected and the US respected that.

As per a media report, while speaking at a press conference about US Deputy Secretary Wendy Sherman’s meeting with Pakistan Army Chief General Qamar Javed Bajwa, Ned price stated that “Pakistan has a civilian government that is democratically elected and that’s our (principal) interlocutor”.

He added that Afghanistan and the region’s security challenges are always there when Washington has high-level talks with Pakistani counterparts.

While discussing the misuse of flood relief funds, Ned refuted all rumours, claiming that the US closely monitors aid sent to disaster-stricken areas.

He also stated that a team from the United States visited at least ten districts in Sindh and Balochistan last month to assess humanitarian conditions and flood relief efforts.