Pakistan holds its breath in anticipation of Pandora Papers reveal 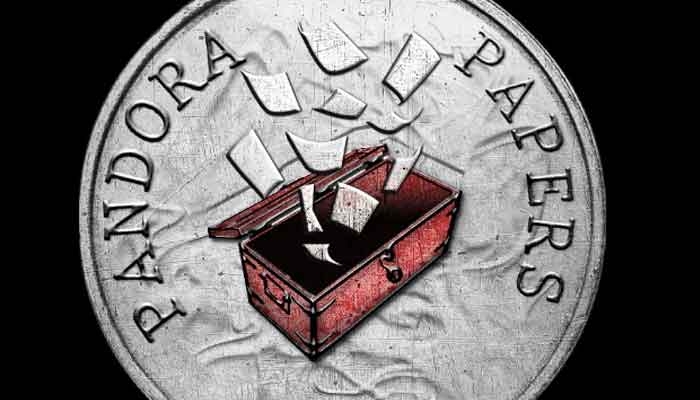 After the Panama Papers rocked the world in 2016, the Pandora Papers now have Pakistanis waiting earnestly for a corruption expose, ahead of the expected big reveal on Sunday evening.

The International Consortium of Investigative journalists (ICIJ) has reportedly collected more than 11.9 million documents that contain a burgeoning 2.94 terabytes of private financial information. The information has been sourced from service providers who assisted leaders and public officials in the establishment and management of offshore companies and trusts in tax havens worldwide.

The #PandoraPapers is based on a leaked dataset of more than 11.9 million files covering every corner of the globe.

Several high ups in Pakistan have expressed their thoughts on the impending reveal, as it is expected that a lot more Pakistani officials would be named in the Pandora Papers than they were in the Panama leaks.

Federal Information Minister Fawad Chaudhry was amongst the first few to react to the news on Twitter. Chaudhry said that he hoped the Pandora Papers would reveal the corrupt officials who had hidden their money in rich countries. He said that Prime Minister Imran Khan had always encouraged developed countries to not hide the money taken out of developing ones. Chaudry said that if the papers contained evidence about Pakistan’s remittances being stocked abroad, then Khan’s stance would only be strengthened on the matter.

Pakistan Tehreek-i-Insaf (PTI) member and Senator Faisal Javed Khan echoed Chaudhry’s remarks and said that the PM had raised the issue of money laundering from poor to rich countries on multiple forums.

According to Media reports,
after #PanamaPapers, ICIJ is going to release #PandoraPapers today.
Money laundering from poor countries to the rich is the reason behind huge inequality in the world. PM Imran Khan effectively raised this issue at dif global forums including the UN

Journalist Gharida Farooqi pointed out that the Panama Papers were released two years before the former Pakistan Muslim League-Nawaz (PML-N) government’s term ended and the Pandora Papers were being released at a similar time before PTI’s term would end.

Pandora Papers will also be released on 3rd (October), Sunday – 2 years before the term end of PM Imran Khan#PandoraPapers #Pakistan

Journalist Salman Ghani reminded users that although over 400 Pakistanis were named in the Panama leaks, not even one of them was held accountable for their financial indiscretions. Ghani added that others not named in the leaks found themselves answerable for their deeds instead, which is something everyone should remember when they read the Pandora documents.

While PTI members welcomed the Pandora Papers, a user from Quetta advised caution in taking the Pandora Papers at face value because two Pakistani journalists were a part of the investigations done by ICIJ. He said that the journalists could have their own political agendas, so the papers should be dealt with cautiously.

I would advise caution & verification When #PandoraPapers is released in relation to Pakistan. In the excitement don't get carried away because the 2 Pakistan based Journos who have worked as part of the 600 team of ICIJ have their own personal and political agendas too.

The two investigative journalists in question were Umar Cheema and Fakhar Durrani. Cheema announced the duo’s involvement in an upcoming financial reveal in a tweet on Saturday.

Pleased to announce that @FrehmanD and I were part of a major international financial investigation which has now been concluded. Time of its publication will be announced soon.

In the 2016 Panama reveal, big weights like Nawaz Sharif and Shehbaz Sharif were recorded as having offshore companies. Their children also appeared in the document for allegedly having bought and exercised transaction rights over several companies abroad. When Imran Khan came to power in 2018, he declared the leaks to be a big win for his government, which has always been a vociferous critic of the PML-N regime.

The Pandora Papers that would be revealed today are claimed to be an even bigger leak of financial secrets than its predecessors Panama and Paradise Papers. More than 600 reporters from around the world, across 150 media organisations and 117 countries, have participated in the research for two years.