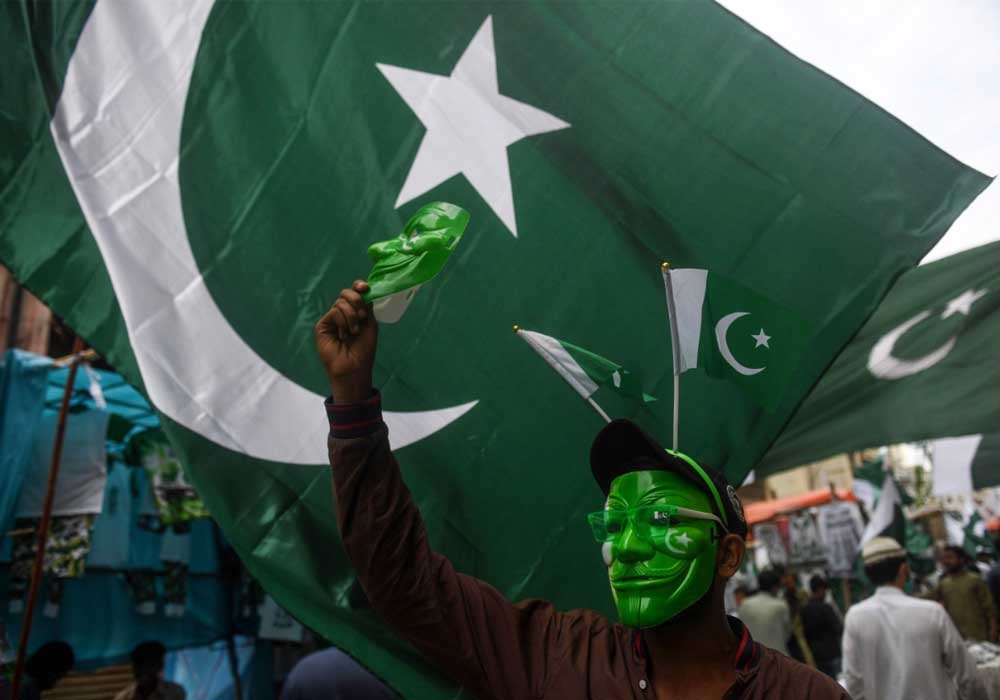 Nation celebrates the Diamond Jubilee of Pakistan’s existence with ceremonies being held in different cities on Sunday.

According to Radio Pakistan, the day began with a 21-gun salute at the provincial headquarters and a 31-gun salute in Islamabad. Prayers were offered for Pakistan’s security, development, and welfare.

A ceremony to shift the guard also took place at the Quaid-e-Azam Mausoleum, Karachi.

The State Bank of Pakistan (SBP) recently announced the design for the Rs75 diamond jubilee commemorative currency. The note will be available to the public on September 30.

In his speech at the flag-raising ceremony held at the Jinnah Convention Center in Islamabad, he emphasized the importance of forging an agreement on an economic charter and holding a national discussion in order to turn Pakistan into an economic power.

The prime minister stated, “If we can become a nuclear power, we can also become an economic power but for it, we have to strive day and night and prove to the world that we are no less than anyone.”

He said, “Pakistan Movement is a lesson for everyone,” adding that no amount of hurdles could deter a nation from achieving its goals once it decided its path.

PM Shehbaz encouraged the public to contribute to the nation’s progress by upholding the unity, religion, and discipline of Quaid-e-Azam. He said that in order to prevent future mistakes, the country needs to recognize its past transgressions.

President Arif Alvi in his statement said we reaffirm our commitment to preserving Pakistan’s ideology and transforming Pakistan into the ideal contemporary Islamic welfare nation-state.

President Alvi also conferred civil awards on 253 Pakistani citizens and foreign nationals. Citizens who showed courage and excellence in many disciplines were honored.

The president also conferred military awards on the officers and soldiers of the Pakistan Army, Navy, and Air Force.

Foreign Minister Bilawal Bhutto Zardari stated that Pakistan has the resources to meet any challenge. He emphasized that the nation honors Quaid-e-Azam Muhammad Ali Jinnah and his allies for their tremendous efforts that resulted in the creation of “our independent homeland”.