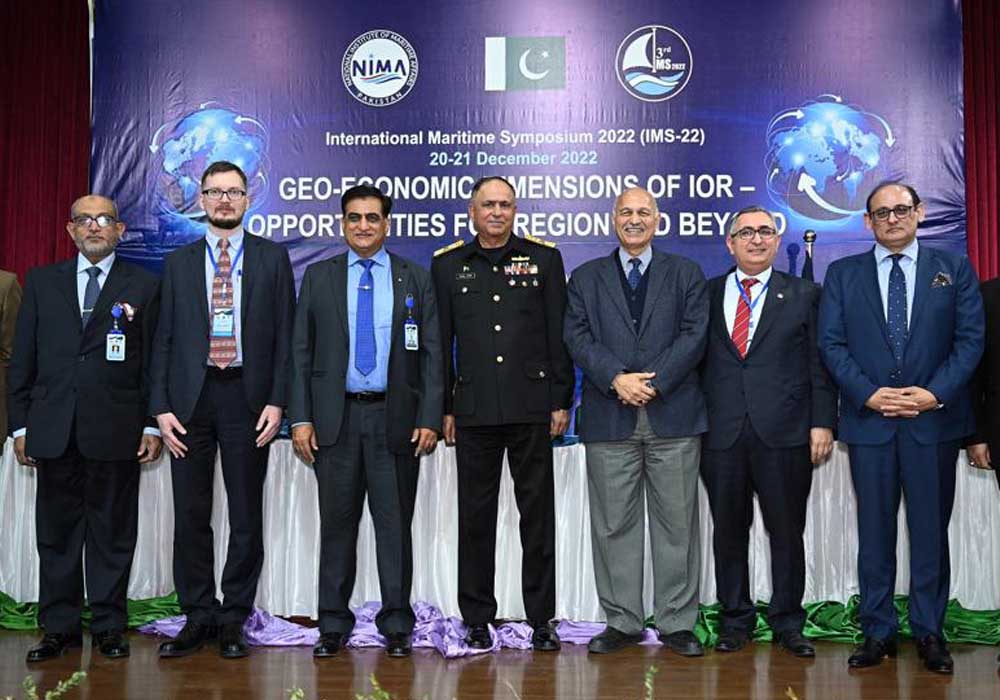 Chairman of the Senate Standing Committee on Defence, Senator Mushahid Hussain Sayed, said that the next war is expected to be at sea, not on land, and that Pakistan needs to ensure foolproof maritime security. He was speaking at the National Institute of Maritime Affairs’ two-day International Maritime Symposium on the topic “Geo-economic Dimensions of the Indian Ocean Region: Opportunities for the Region and Beyond.” Experts from home and abroad presented their views on the geo-economic importance of the region.

Senator Sayed stated that the current global security scenario is the most dangerous decade since World War II and that the world is witnessing historic changes, with economic and global powers emerging from the East. The proceedings on the second day focused on maritime security in the context of regional connectivity, with Air Marshal Zahid Mahmood, Vice Chief of Air Staff, as the chief guest.

Vice Admiral (retd) Abdul Aleem moderated a session on the discussion of maritime threats and challenges in the regional perspective. Vice Admiral (Retired) Iftikhar Rao spoke about the importance of the Malacca Strait chokepoint to the world, particularly to China, and emphasized that the security of Gwadar, a commercial port, is vital for economic dividends.

Dr Christian Beuger, of the University of Copenhagen, talked about the security of sealines of communication and emphasized the need for a collaborative strategy in the region to meet non-conventional threats, particularly to sealines of communication. He opined that Pakistan is in a position to take the lead in this regard. Professor Dr Azhar Ahmed, of Bahria University, said that geo-economics is an instrument to achieve the objectives of geopolitics and that without political stability, no country can progress. 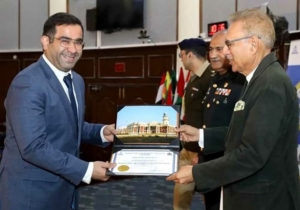 The message of the prime minister was also read during the session. The premier emphasized the importance of maritime security for Pakistan, stating that over 90% of Pakistan’s trade and almost 100% of its energy imports are through the sea. “Therefore, any disruption in maritime trade has serious consequences for national security. The government is fully aware of this and is providing all-out support to the maritime security apparatus, especially the Pakistan Navy.”

Vice Admiral Faisal Rasool Lodhi, Vice Chief of the Naval Staff, was the chief guest of the closing session. He emphasized that effective security is crucial for protecting expanding maritime economic activities in Pakistan, the region, and beyond.