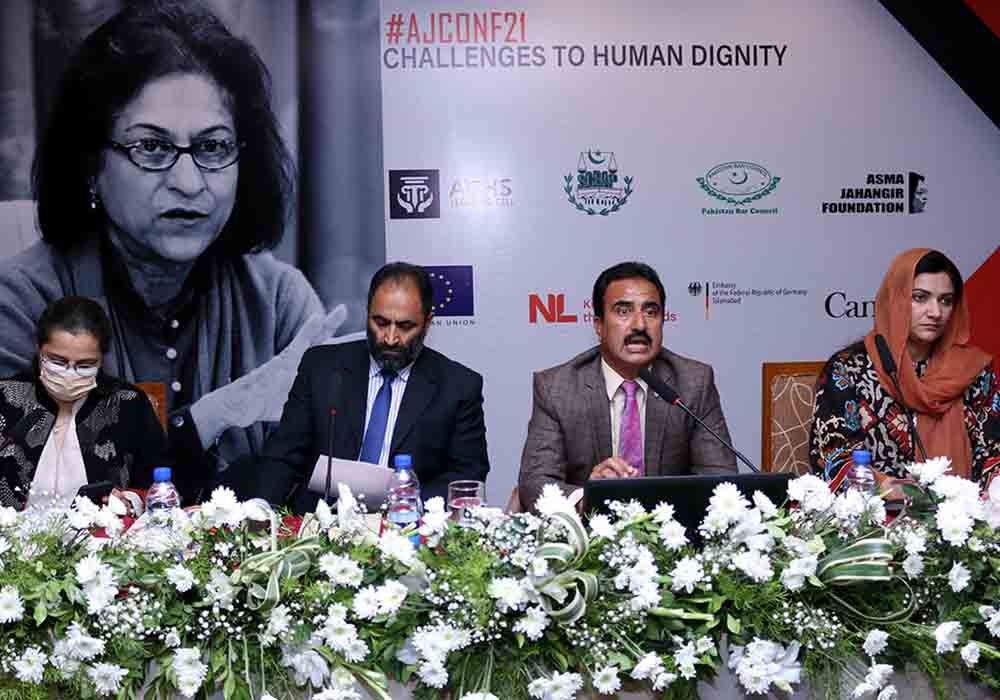 Speakers at the Asma Jahangir Conference on Saturday urged the government of Pakistan ‘to do more’ on Kashmir, especially after the revocation of its special status by India in August 2019.

In the session ‘Conflict in Kashmir: bypassing Kashmiris’, the panelists urged the government of Pakistan to take more concrete steps towards the Kashmir cause.

Tariq Naqash, a senior correspondent for a media house, while moderating the session said, “Many senior people did not respond properly to the Modi’s illegal move of August 5, they need to understand that Kashmir is the jugular vein of Pakistan and without Kashmir, we cannot achieve regional peace.”

Iftikhar Gillani, a senior journalist, while presenting all the facts and figures related to Kashmir, said that according to the official Jammu and Kashmir 2011 census, Muslims formed 68.31 percent of the population there. On the other hand, Hindus were 28.43 percent, Sikhs were 1.87 percent and Buddhists were 0.89 percent of the total population, he added.

“There is a misconception that Ladakh is a Buddhist dominated region, on the other hand, Muslims have 46.40 percent population there which is almost eight percent more than the Buddhists,” he added.

While explaining the systematic approach of Modi’s steps in Kashmir to marginalize the Muslims even in bureaucracy and destroying literature, he shared some facts from the valley and said, “Out of 24 secretaries, only five are Muslims, out of 58 top serving officers, only 12 are Muslims, out of 66 top police officers, only seven are Muslims and even Urdu is no longer the official language of Jammu and Kashmir. Script of Kashmiri language changed from Persian to Devabagari, that means past 800 years of literature written in the Kashmiri language will become redundant.”

He said Kashmir was a connecting link between South Asia and Central Asia till the early 20th century, due to which it holds such significance. “It’s time to rethink and be innovative,” he said.

Nasim Zehra, a senior journalist said, “We have to be clear on our India policy, Pakistan has to take some strong steps to safeguard the rights of Kashmiris. They are fighting for centuries now and the brutalities they have faced are the worst ever that happened in the history of mankind.”