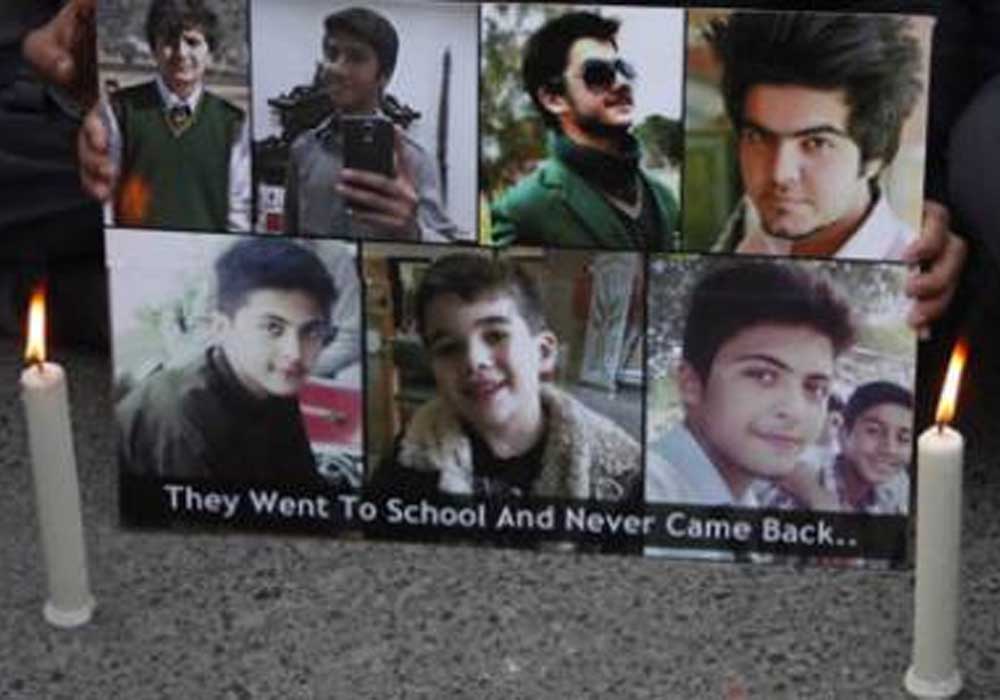 Pakistan is observing the 8th anniversary of one of the worst attacks in Pakistan’s History the Army Public school attack in Peshawar that claimed the lives of 141 people.

Daily Minute Mirror last year on the 7th anniversary of the attack interviewed a survivor Muaz Irfan who explained the incident through the eyes of a victim.

23-year-old Muaz Irfan the massacre survivor during an interview with Minute Mirror stated that 16th December is an unforgettably horrible day of his life.

Muaz is currently doing MS from Nust Islamabad and has graduated as a civil engineer from UT Peshawar.

While describing the incident Muaz said he had his first aid lecture in the auditorium when the attack happened.

“We (his friends) were just having a normal conversation when suddenly firing started,” Survivor told us.

Upon firing the principal asked teachers to lock all the doors of the auditorium but that could not happen since terrorists were already in the hall and they started firing at students said Muaz.

Muaz also got shot 8 times and ended up attaining serious injuries in his both arms and left leg.

Muaz also told us that fortunately, he didn’t faint after getting shot and run toward class as soon as he got the chance.

Muaz further told that for 30 to 35 minutes he kept hiding before the security forces came.

“Security forces told us to let the injured go first followed by those who are unharmed,” said Muaz.

“Then we were shifted to CMH Peshawar, where my father being a doctor checked me thoroughly,” he said.

Muaz while thanking Allah said that his elbow joint only has 50% movement but he is still grateful for his hand.

Muaz further told that 3 of his good friends were martyred that day naming them Umar Hayat Shaheed, Tahir, and Shair shah Shaheed.

Muaz told that when he when school after the attack he was so traumatized that he could not step in the hall.

Muaz also said that he use to get panic attacks after incidents.

Muaz Irfan also said that both Government and TTP have to come forward to reach a common point otherwise there will be proxy wars in Pakistan and many innocents like me and my friends will have to pay the price.

Muaz said I am grateful that I am alive.

Muaz also told that he wants to open his construction company in the Future.