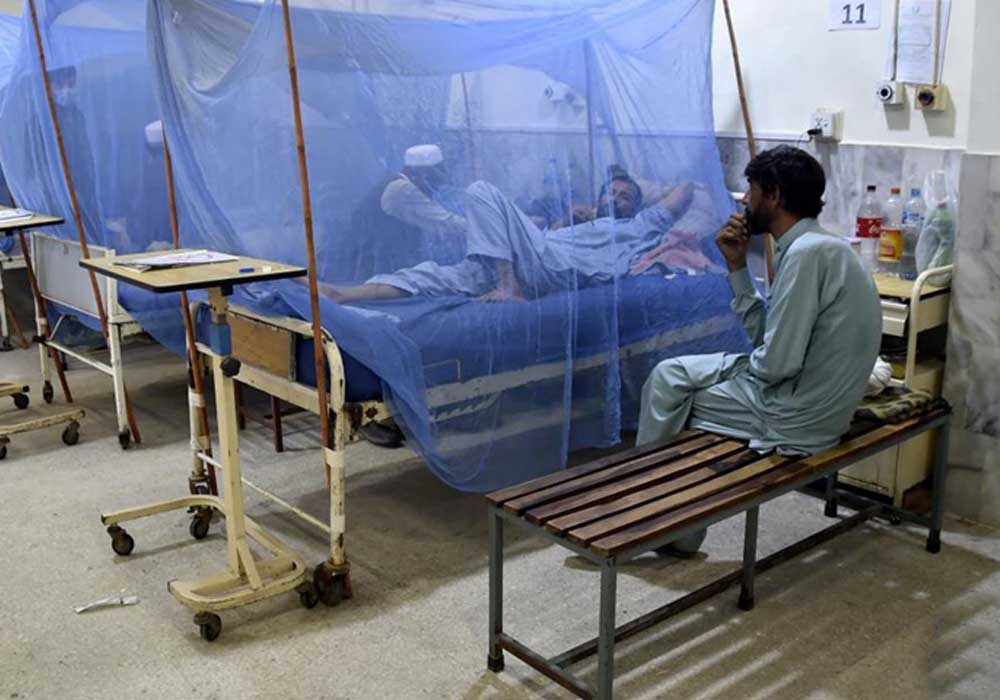 Pakistan has reported as many as 24,967 dengue virus cases during the ongoing year, sources within NIH said.

According to a detailed report prepared by the National Institute of Health (NIH), as many as 24,967 dengue virus cases with 67 deaths were reported countrywide. Sindh remains the highly infected province with 7,951 cases and 33 deaths of the mosquito-borne disease. In Khyber Pakhtunkhwa, 6,412 dengue virus cases with seven deaths followed by Punjab with 5,202 cases and 15 deaths. Islamabad reported 1,991 cases of dengue virus and six deaths. Balochistan and Azad Jammu and Kashmir reported 3,162 and 249 dengue cases, respectively.

Sources further say, no deaths were reported in Balochistan and Azad Jammu and Kashmir during the current ongoing year. The worst floods over a decade have displaced more than 33 million people in Pakistan since mid-June. Over 1,500 people have been killed and more than 12,800 injured, according to the National Disaster Management Authority.

Addressing the meeting, the deputy commissioner directed strict monitoring and indoor and outdoor surveillance in the city to control deadly fever. He informed that instructions were issued to all the stakeholders to make necessary arrangements in that regard. Memon said MCI was directed to ensure cleanliness of parks and removal of shrubs under its jurisdiction. He directed Labour department to check dengue larvae presence in factories and godowns.

The meeting was briefed that dengue larvae were checked at 58 places. Around 81 cases of dengue fever were reported during the last 24 hours and four people were arrested. Likewise, an anti-dengue spray was carried out in G-13 and H-13, union council Lohi Bhir and Terlai areas.