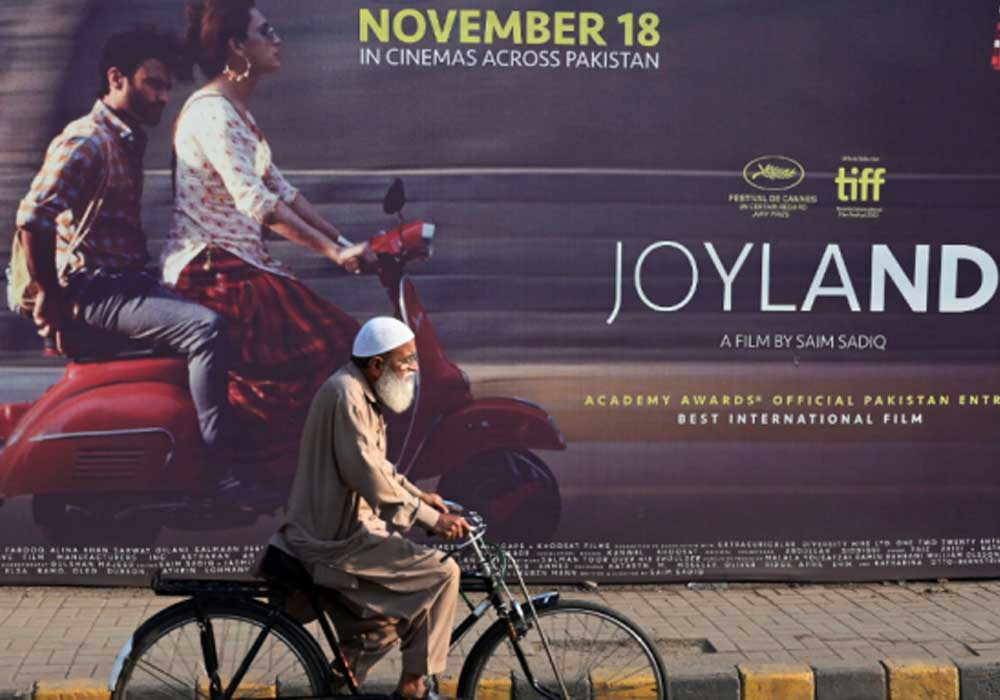 Pakistan reversed the ban on the controversial movie Joyland after a review committee reviewed the film and cut the inappropriate parts.

PM Shehbaz ordered the formation of a high-level committee for the assessment of the film.

In its teaser, Joyland depicted a romance between a married man and a transgender lady, sparking outrage.

The critically acclaimed film “Joyland,” which won the Jury Prize at Cannes and was nominated as Pakistan’s entry for the Academy Awards next year was scheduled to debut in theatres throughout the nation on Friday.

Earlier this week Pakistan’s communication ministry intervened blocking the release of the movie and ordering a censorship review declaring it repugnant to the principles of decency and morality.

The ban on the movie caused an online protest from the media industry and Trans rights activists and PM announced the formation of a high-level review committee.

Celebrities who were protesting to end the ban extended their congratulations to the director and whole team of Joyland.

Actors including Sajal Aly, Hira Mani, Simi Raheel, singer Ali Sethi, and Arooj Aftab celebrated the release of the movie and wished the team all the best.

However, designer Maris B didn’t seem very thrilled and showed her disappointment.