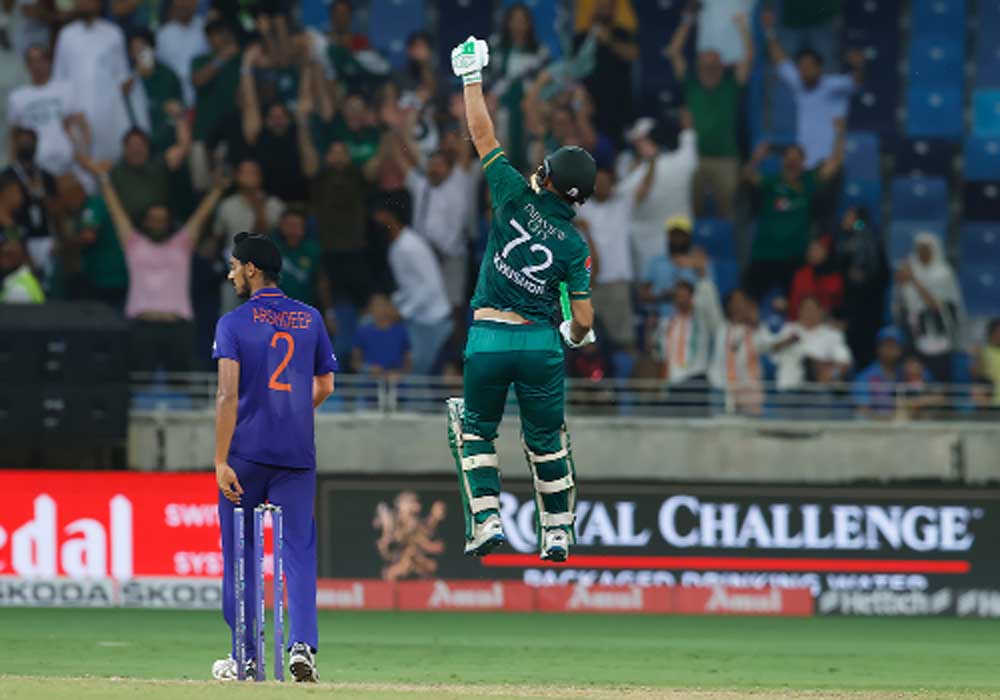 Mohammad Rizwan top-scored with 71 as Pakistan beat India by five wickets in their opening Super Four game at the Asia Cup.

Chasing 182 for victory, a 73-run stand between Rizwan and the left-handed Mohammad Nawaz (42) helped Pakistan achieve their target with one ball to spare in Dubai on Sunday, the second time the two sides met in a week after having not played for almost a year.

Rizwan was out after his second successive half-century in the 17th over but Khushdil Shah, with his unbeaten 14, and Asif Ali, who made 16 off eight balls, made sure Pakistan got over the line against Arshdeep Singh. 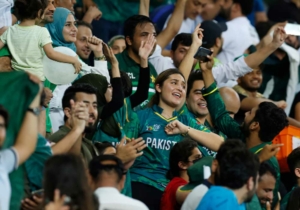 Earlier, Virat Kohli’s 60 guided India to 181 for seven after being asked to bat first by Babar Azam.

Kohli, who hit 60 off 44 balls before being run out in the final over, helped India survive a middle-order stutter to post a competitive total. He reached his 32nd half-century in 36 balls with a six off pace bowler Mohammad Hasnain amid chants of “Kohli, Kohli” at a packed stadium.

Leg-spinner Shadab Khan stood out with figures of two for 31 from his four overs. “It was a high-pressure game and you can’t let anything slip by,” said Indian captain Rohit Sharma after the game.

“When there was a partnership in the middle with Rizwan and Nawaz, we were still calm and believed [in ourselves], but the partnership went longer than we hoped and they played brilliantly. There will be times when things don’t go to plan but I do believe in the potential of these [younger] guys.

“It was a good learning experience when you play games like this. Usually, 180 is a good score on any pitch but if you don’t take wickets in the middle, it will always be tough.”