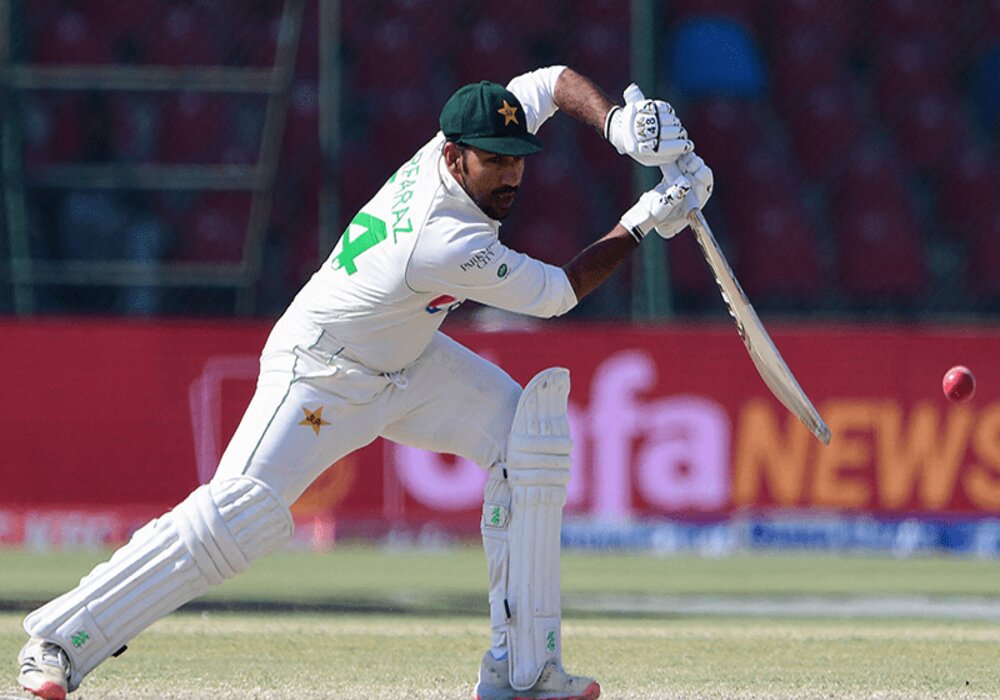 Pakistan has saved the last match of the two-match Test Series against New Zealand while the series ended in a draw.

On the last day of the second Test Match of the series played in Karachi, Pakistan resumed their second incomplete innings at the loss of two players for zero.

Shan Masood and Imam-ul-Haq shared a 35-run partnership for the third wicket but Imam got out of Ish Sodhi. Captain Babar Azam and Shan Masood batted confidently and took the score to 77 but the captain lost his wicket in an attempt to tease the ball going towards the league, he scored 27 runs.

Michael Bracewell also ended Shan Masood’s innings of 35 runs in his next over. After losing five wickets for 80 runs Saud Shakeel came to support Sarfraz Ahmed and both played a responsible game and did not allow any more wickets to fall until the lunch break.

Sarfraz Ahmed and Saud Shakeel shared a long partnership of 123 runs to put Pakistan in a stable position and gave the team hope of victory. Shakeel faced 146 balls and was dismissed for 32 runs.

Agha Salman came to the field at number seven to support Sarfraz Ahmed and shared a valuable partnership of 70 runs off 83 balls while Sarfraz completed the century. Former captain Sarfraz completed the fourth century of his Test career in 135 balls but fell into the hands of Williamson during the last overs game.

Naseem Shah and Abrar Ahmed added 16 runs to the last wicket and saved Pakistan from defeat and ended the match in a draw. At the end of the match, Pakistan scored 304 runs for 9 wickets and needed 15 runs to win.

The first match of the series between Pakistan and New Zealand also ended without any result.

Sarfraz Ahmed was named the player of the match as well as the series for saving Pakistan from defeat with a magnificent century.