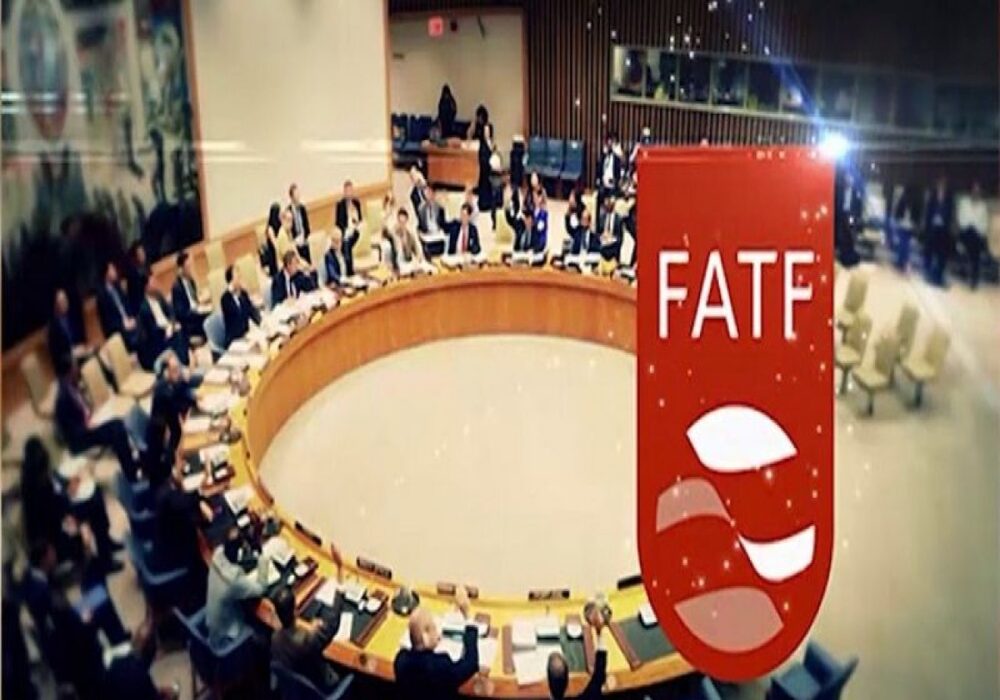 The upcoming Plenary of the Financial Action Task Force (FATF), scheduled for October 20-21, 2022, has significant importance as it would be the first meeting under its new President, T. Raja Kumar, from Singapore, who began his two-year term on 1 July 2022. It will be the first plenary after former president, Dr. Marcus Players’ departure, who played a pivotal role in revamping various FATF’s guidelines to curtail money laundering and terrorist financing. During his tenure, he took major initiatives and was very active on social media informing people and updating them on steps being taken by the watchdog to save global financial centers from dirty money.

The first meeting under the presidency of T. Raja Kumar would be attended by delegates representing 206 members of the Global Network and observer organizations, including United Nations (UN), The International Criminal Police Organization (INTERPOL), International Monetary Fund (IMF) and the World Bank (WB). The delegates are likely to discuss key issues including guidance on improving beneficial ownership transparency to prevent shell companies and other opaque structures from using laundered illicit funds. They would also discuss a report on laundering of illicit proceeds generated from fentanyl and other synthetic opioids; and proposals to enhance asset recovery initiatives.

In the meeting, Pakistan’s progress with reference to FATF action plan will be reviewed. Though in the previous meeting, FATF appreciated our technical compliance level and found it satisfactory, but its effectiveness was not reviewed as it was subject to the onsite visit of the Asia Pacific Group (APG) team that completed its assessment of our compliance level in the first week of September 2022 after visiting Pakistan from August 29, 2022, to September 2, 2022. Although their rating has not yet been released till to date, yet Pakistan is expecting to be repositioned on the white list.

Apart from the decision about Pakistan, the meeting will also discuss and decide on jurisdictions identified as high risk or being subject to increased monitoring, more commonly referred to as Black List and Grey List, respectively. It is noted that Pakistan was marked as a “Jurisdiction under Increased Monitoring” in 2018 and since then Pakistan has been making efforts to address deficiencies identified in anti-money laundering and combatting the financing of terrorism framework.  Significant progress has been made in this regard duly acknowledged by FATF in its post-plenary press release in June 2022. The issued Press release mentions as following:

“Pakistan’s continued political commitment to combating both terrorist financing and money laundering has led to significant progress. In particular, Pakistan demonstrated that TF investigations and prosecutions target senior leaders and commanders of UN-designated terrorist groups and that there is a positive upwards trend in the number of ML investigations and prosecutions being pursued in Pakistan, in line with Pakistan’s risk profile. In addition, Pakistan also largely addressed its 2021 action plan ahead of the set times.”

Though our performance was appreciated, but the main issue that remains unsettled is compliance with Recommendation 24 of the FATF Recommendations, which deals with the beneficial ownership transparency for legal persons.  After extensive work of over two years, FATF adopted an amendment to Recommendation 24 (R.24) on beneficial ownership transparency for legal persons. The purpose of this amendment was to enhance the quality of beneficial ownership information (BOI), collected by governments, to provide immediate access to law enforcement agencies of real ownership information by seeking international cooperation. The amendment further considers important for curtailing corruption as it requires national authorities to collect BOI for public procurement.

In the case of Pakistan, the Mutual Evaluation Report of 2019 highlighted shortcomings in our existing framework related to Recommendation 24 regarding bearer shares and bearer warrant instruments. The report also stated that we do not have enough controls to identify the nominee shareholders and directors, and noted an absence of requirements for the registrar and companies that hold beneficial ownership information thus rating us partially compliant.

Though we have improved our compliance regarding the concerned recommendation, however, it appears that our agencies are not interested in collecting information about people named in different leaks and their sources of income. Despite filing petitions by various parties to the apex and high courts regarding investigation of the source of income of people who own shell companies and are named in leaks, so far no action has been taken by the judicial arm of the State. Even the Mutual Evaluation Report has raised concerns about the judiciary’s understanding about matters related to Money Laundering and Terrorist Financing (AML/CFT).

Pakistan is currently working to improve its relationship with the global community. However, this exercise is conditional on compliance with international standards. Pakistan has undertaken numerous measures to assess risks associated with different types of legal persons and accordingly amended its laws and regulations to address the concerns related to beneficial ownership for the full range of legal persons including Designated Non-Financial Businesses and Professions (DNFBPs) to make them available to the competent authorities in dealing with matters about AML/CFT.

These changes in legal framework to fix the gaps identified in the MER vis-à-vis R24 were appreciated and acknowledged in the follow-up reports and helped improve its rating from Partially Compliant (PC) to largely compliant (LC), which remains the case to date.

Though Pakistan still needs to take solid measures to convince the world that we are serious about addressing their concerns by improving international cooperation as well as implementing the risk-based approach, yet our authorities are rightfully expecting to be out of the grey list in the upcoming meeting. However, President of United States Joe Biden’s statement about Pakistan’s nuclear programme calling it without cohesion (demarche issued by our Foreign Office and strongly rejected by Prime Minister) can be detrimental to our interests. The United States, a member of the APG, was a part of the team visiting Pakistan to assess the effectiveness level of our compliance with FATF standards. It appears from Biden’s statement that the team has concerns about Pakistan’s measures related to proliferation financing. Nonetheless, we wish that Pakistan passes its test and regains the lost status on the global index. However, our Foreign Ministry has an extended responsibility in achieving this goal that we have discussed extensively in our previous articles.

Advertisement
Share
Facebook
Twitter
WhatsApp
Email
Print
Previous articleIssues of sustainable cities and communities in Pakistan – SDG Goal 11
Next articleHow long will we continue to be affected by floods?