Pakistan slipping down fast, will go out of everyone’s hands, Imran Khan 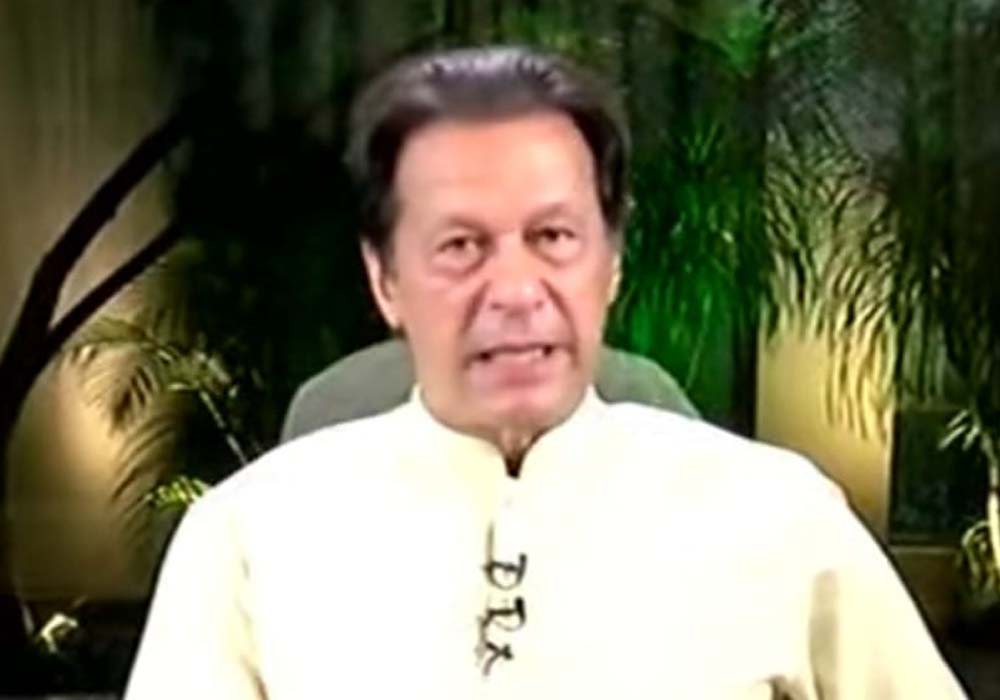 Pakistan Tehreek-e-Insaf (PTI) Chairman and former prime minister Imran Khan has said that the country was going down fast and will go out of everyone’s hands.

He asked the institutions if they had any worries about the country because they also had stakes in Pakistan. He said that the country was rapidly slipping from its hands and only the earliest elections could bring political and eventually economic stability.

He said that the investors within the country and abroad had no confidence in the present government.

Imran Khan has said that the Foreign Minister has spent Rs1.75 billion on his foreign tours but what good could be done for Pakistan? He said that the fence at the Pak-Afghan border was being broken as shown in videos. What Pakistan has done over that with Afghanistan, he asked?

He said that first they had demanded PTI to dissolve assemblies but now they were running away from that.

PTI Chairman said that one person had decided that Imran Khan and PTI should be eliminated. He said that the one person was in enmity with PTI and him and had done everything to crush them.

He said that the government has been blaming the KP government for terrorism there but they were not paying them any money as per their right. He said that the Federal Government was not giving funds and rightful money to Kashmir, Gilgit Baltistan and KP.

The former prime minister said that it was their right to dissolve assemblies where they are in majority. He said that the PDM was afraid of elections because they all had one-point agenda to save their crimes of corruption. He said that NAB amendments have been like a license to do corruption.

He said that there was only one way to get out of the quagmire and that was through elections.

Imran Khan said that in 70 years he has not seen the nation going into the darkness like this, our country was getting stuck in the swamp. He said that PTI has governments in two provinces, in 66 percent of the country and yet we are demanding elections.

He said that despite rigging PTI was winning the by-election therefore it was decided to kill and remove him. He said that they were removed and the thieves were made to sit after which those who abused PTI also stood with them.

The PTI was protesting outside the Governor House in Lahore and the protest was aimed at preventing Governor Baleegh-ur-Rehman from taking steps to de-notify Chief Minister Chaudhry Pervaiz Elahi.

PTI workers shouted slogans against Punjab Governor during the protest where they also brought a 100-meter-long flag of PTI. All roads have been closed and security has been beefed up due to PTI’s protest outside the Governor’s House.