Pakistan to back efforts aimed at improving SCO-RATS: FM 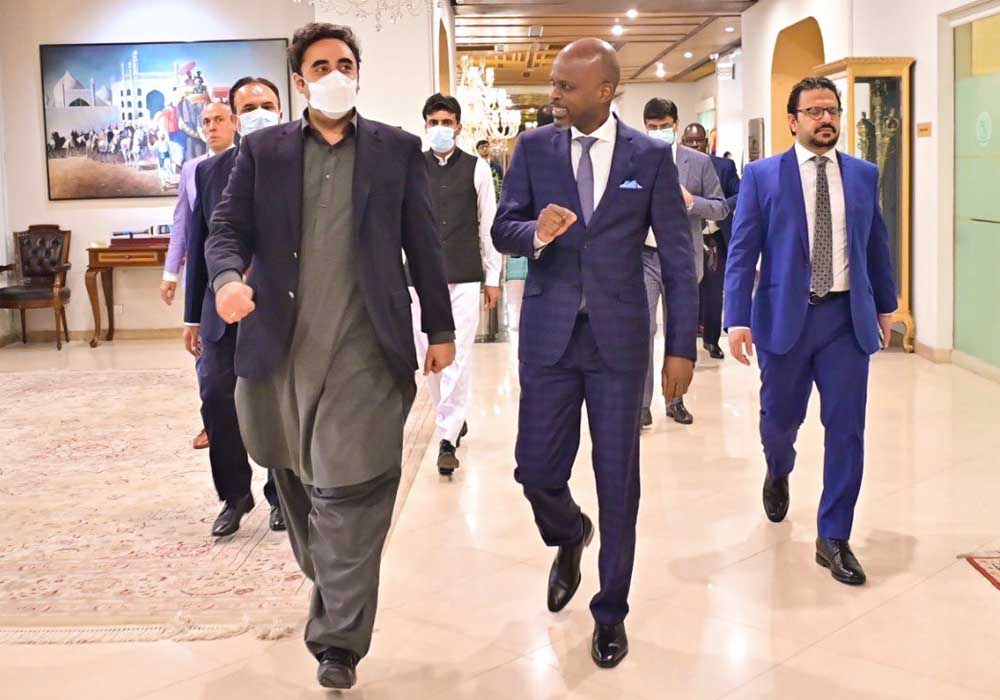 Foreign Minister Bilawal Bhutto Zardari Thursday stressed that no country could single-handedly solve complex peace and security issues in the region and highlighted the need for developing common approaches to address persistent as well as emerging challenges.

The foreign minister expressed these views during a meeting with the Director of the Executive Committee of the Regional Anti-Terrorist Structure of Shanghai Cooperation Organization (SCO-RATS) Ruslan Mirzaev, who called on him here at the Foreign Office.

He warmly welcomed the director and his delegation to Pakistan and reaffirmed Islamabad’s commitment to the goals and purposes of the SCO charter and the ‘Shanghai Spirit,’ according to a press release issued here by the Ministry of Foreign Affairs.

The foreign minister underscored the importance of regional platforms such as SCO-RATS to promote coordinated efforts in countering terrorism and extremism. He appreciated the constructive role played by the executive committee of SCO-RATS in upholding the spirit of consensus and cooperation in achieving common objectives.

Director Mirzaev emphasised that deliberately politicising discussions related to countering terrorism and extremism were counter-productive and contrary to the objectives of the organisation.

The foreign minister said that Pakistan would support all efforts that were aimed at improving the efficiency and effectiveness of SCO-RATS.

He commended the approach taken by the executive committee in developing consensus on the issue and assured the director of Pakistan’s constructive engagement in the matter.

The director of the executive committee of SCO-RATS is on an official visit to Pakistan. During the visit, he had working-level meetings with the Ministry of Foreign Affairs, National Counter Terrorism Authority, and other relevant security institutions.

The director was given detailed briefings on Pakistan’s successes in countering terrorism and extremism, an overview of the regional situation, and threats posed by new and emerging challenges in the region.

Earlier in the day, Bilawal proposed constituting a parliamentary oversight committee to resolve the issues related to minorities, especially the forced conversion.

Addressing a minority convention organised by the National Assembly, the foreign minister said that forced conversion was not allowed in the constitution, and Islam also prohibited conversion to the religion by coercion. He said that the government had tried to ensure implementation of the minority quota and urged the National Assembly to ensure proper implementation of the minority quota in government offices by passing effective legislation. Separately, Bilawal highlighted Pakistan’s desire to enhance economic, trade and investment cooperation with Togo as part of the government’s vision for enhancing engagement with the African continent.

The foreign minister expressed these views as he welcomed Foreign Minister of Togo Robert Dussey, who is undertaking his first bilateral visit to Pakistan.

The foreign minister reiterated that Pakistan attached high importance to its longstanding and cordial ties with Togo, which were based on mutual trust and common interests, according to a press release issued here by the Ministry of Foreign Affairs.

He also appreciated Togo’s contributions to promoting peace and stability on important multilateral forums, such as the United Nations, the African Union (AU), and the Organisation of Islamic Cooperation (OIC).

He appreciated the support provided by Pakistan for the capacity building of Togolese diplomats and hoped that similar training opportunities could also be provided to Togo’s security personnel in the future.

Both sides agreed to strengthen the legal and institutional framework for high-level bilateral political engagement and people-to-people exchanges and to closely coordinate in the UN and OIC.