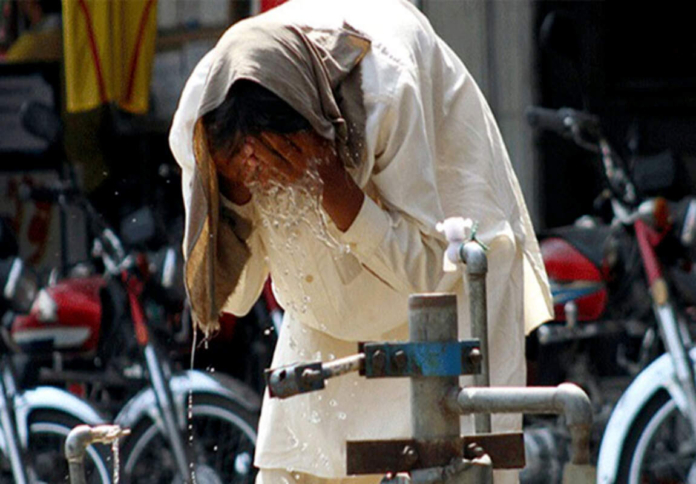 An alarming new United Nations report projects that Pakistan’s average annual temperature will rise to 22.4 degrees Celsius within the next 15 years and would cross the 26-degree threshold by the end of the century.

The most recent report also issued a warning, predicting that by the end of 2030, there would be an average of 124 hot days every year, and that number will climb to 179 by the year 2099.

The risk of dying from overheating increases at 35 degrees Celsius because the human body finds it difficult to cool itself through simple perspiration.

The United Nations Development Program (UNDP) and the Climate Impact Lab collaborated to create the Human Climate Horizons platform, which offers insights into the direction and magnitude of climate change, including the frequency of extremely hot days each year and how those changes affect human welfare.

According to a UNDP press release, the new data highlights the need to move quickly to both combat climate change and prepare for its effects.

The most significant warnings support research and issues that have been brought up by local specialists over the past few years. These experts have long insisted that climate change is not an impending problem; rather, it is “happening right now.”

An enormous rise in severe temperatures has coincided with the change in the mean temperature. In Pakistan, more extreme heat records have been broken since 2011 than before.

Over the past ten years, there has also been a marked increase in the number of extremely warm months (May to August).