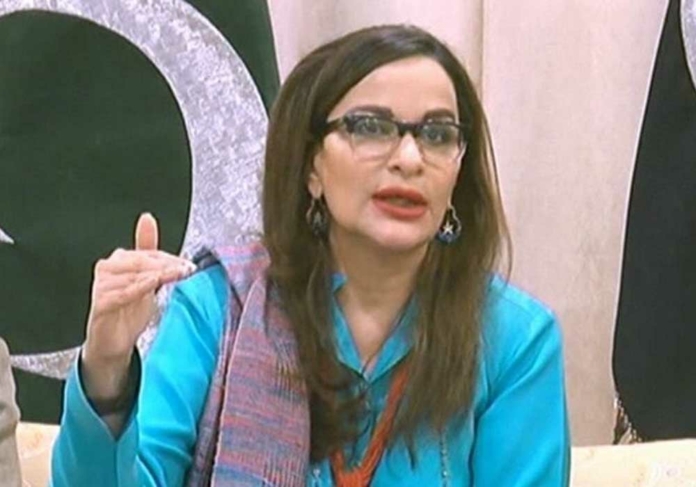 Federal Minister for Climate Change Senator Sherry Rehman on Friday said that COP27 must help unlock private and public financing for adaptation and mitigation, which would need $125 trillion to reach net-zero by 2050.

The minister was speaking at UNFCCC’s annual conference for climate action, the 27th meeting of the conference of the parties (COP27), being held in Sharm el-Sheikh this year. “This is no longer about saving our future; it’s a battle to save our present. It is also about saving the land we stand on, and what we expect to build and grow on,” she stated. The Minister was speaking at a high-level side event at the UNFCCC Pavilion titled ‘Gearing towards carbon neutrality in the Asia-Pacific Region and recommended that COP27 should enable mechanisms that review mitigation, alongside how regions will cope with the onset of accelerated climate stress, leading to constant climate emergencies.

“We need a coalition of the willing to unlock climate finance for governments, countries and entire regions to manage predictability of the future, build resilience capacity, and mitigation for a future that survives the coming climate tsunami,” she stated. Senator Rehman also spoke at a panel discussion titled ‘The Broken Bargain between the North and the South’ at the Pakistan Pavilion at COP27, where she was joined by Director of the International Centre for Climate Change and Development (ICCCAD), Professor Saleemul Huq, Executive Director for Civil Society Coalition for Climate Change, Aisha Khan, and Head Global Political Strategy, Climate Action Network International, Harjeet Singh. The panel was moderated by environmental lawyer and activist Ahmad Rafay Alam.

Participants, speaking on the panel agreed that the bargain between the Global North and South need a reset, and the COP27 system offers that opportunity on diplomatic and international civil society levels. The official negotiations between countries have started, and Pakistan has been successful in tabling the contested idea of Loss and Damage on the agenda.

Senator Sherry Rehman informed that Pakistan’s diplomatic position is not adversarial with any bloc, rather it seeks to navigate an equitable burden share as a bargain between the Global North and South. “The UN Secretary-General is advancing the cause of Climate Justice along with the UNFCCC, and it is time for developed countries to also acknowledge this call,” she said. Senator Sherry Rehman met with the Executive Director of the International Trade Centre, Pamela Coke Hamilton. She informed Ms. Hamilton that Pakistan is working on a scale of options in terms of interventions, mainly the Living Indus Initiative.

Ms. Hamilton said that traditional practices need to evolve with technology to cope up with the changing climatic conditions and said that ITC would like to work further with Pakistan in bringing innovative interventions. The Minister also met with Colombian Minister of Environment and Sustainable Development, Susana Muhammad and Founder and CEO of Acumen, Jacqueline Novogratz. The Pakistan Pavilion at COP27 also hosted panel discussions on the topic of ‘A Survival story from the Delta: The Mangroves of Pakistan’. The Pakistan Pavilion will be holding panel discussions every day till November 17th on several topics that will inform participants at COP27 about Pakistan’s ongoing efforts to combat climate stress.