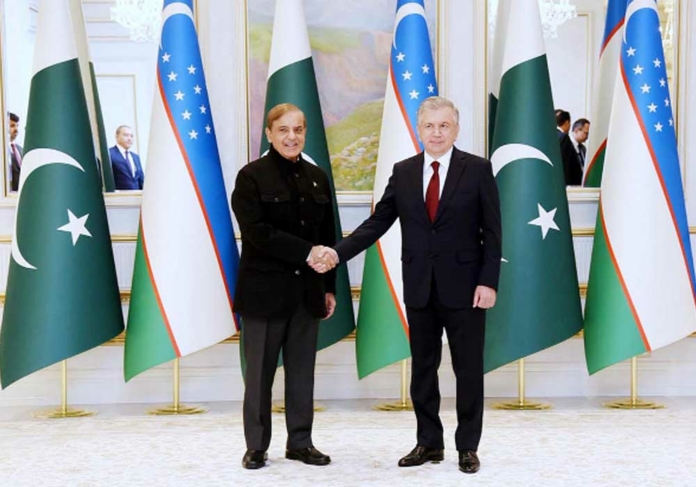 Prime Minister Shehbaz Sharif met with President of Uzbekistan Shavkat Mirziyoyev on the sidelines of the 6th Summit of the Conference on Interaction and Confidence Building Measures in Asia (CICA) here in Kazakhstan on Thursday and discussed matters of mutual interest.

They reviewed the bilateral relations with special focus on promoting mutually beneficial cooperation in the fields of trade, energy, and connectivity. Both leaders expressed satisfaction at the upward trajectory of high level exchanges and bilateral trade and discussed ways and means to further strengthen economic cooperation. Recalling his meeting with the Uzbek President during SCO Summit in Samarkand last month, the prime minister underscored that Pakistan was committed to enhancing connectivity both at the bilateral and regional level. The two leaders agreed to pursue the common connectivity agenda through a well-coordinated strategy.

The prime minister updated President Mirziyoyev on the rehabilitation efforts being undertaken by his government for the flood-affected areas of Pakistan. President Mirziyoyev assured him of full support of Uzbekistan during the rehabilitation and reconstruction phase. The prime minister underlined the significance of fast tracking trade and economic cooperation by fully operationalizing Uzbekistan-Pakistan Transit Trade Agreement (UPTTA) and Preferential Trade Agreement (PTA). Both leaders agreed to convene the next meeting of Inter Governmental Commission (IGC) at an early date. It was also decided during the meeting that the Co-Chairs from both sides will engage to prepare expeditiously for a substantive  dialogue.

Prime Minister Shehbaz Sharif suggested summit-level consultations in Islamabad with a focus on promoting connectivity in the region. The idea was received positively by the Uzbek leader. The prime minister also reiterated Pakistan’s commitment to the timely completion of Trans-Afghan Railway project. The project envisages effectively linking the Central Asian Countries with the world through Pakistani seaports. Both leaders agreed that the relevant ministers from both sides would schedule early consultations for an effective follow up of all the connectivity projects.

While exchanging views on regional and international issues, particularly Afghanistan, the two leaders agreed to coordinate closely in international fora for supporting initiatives to ensure lasting peace and stability in Afghanistan. The prime minister underlined the importance of humanitarian and economic assistance for the Afghan people to avert the threat of hunger and poverty in the country.

Also, Pakistan and Kazakhstan on Thursday agreed to diversify bilateral trade and explore the possibility of expanding investment cooperation. The bilateral relations were discussed in a meeting between Prime Minister Shehbaz Sharif and President of Kazakhstan Kassym Jomart Tokayev here on the sidelines of the Conference on Interaction and Confidence Building Measures in Asia (CICA) Summit. The two leaders reviewed the bilateral relations, including trade, connectivity and energy. They agreed on enhancing technical level engagement to accelerate progress on agreed items. 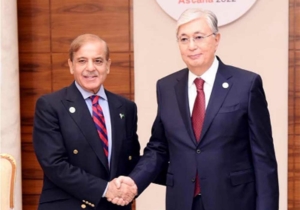 The prime minister recalled his meeting with the Kazakh president on the sidelines of SCO Summit in Samarkand in September, which set the pace for reinvigorating multifaceted engagement. He underlined the need for promoting joint ventures in energy, agriculture, technology, logistics, communication and construction. Prime Minister Shehbaz also emphasized the importance of direct air connectivity for boosting business linkages, people-to-people contacts and tourism. He underlined that Pakistan’s Special Economic Zones (SEZs) were open for investors from Kazakhstan. He also invited Kazakhstan to benefit from Gwadar and Karachi ports for expanding their trade.

Prime Minister Shehbaz on Thursday left for home after concluding his two-day visit to Kazakhstan, where he participated in the 6th summit of CICA. The prime minister, along with delegation, was seen off by Kazakhstan’s Deputy Prime Minister and Finance Minister Yerulan Zhamaubayev at the Nursultan Nazarbayev International Airport. During his stay in Astana, the prime minister addressed the world leaders at the plenary meeting of CICA, where he elaborated the significance of the forum aimed at promoting interaction, understanding, and collaboration amongst countries across Asia. The prime minister in his speech highlighted Pakistan’s perspective on regional and global issues. PM Shehbaz Sharif also held meaningful interaction with leaders of various countries including Kazakhstan, Azerbaijan, Tajikistan, Uzbekistan and Vietnam and Belarus. 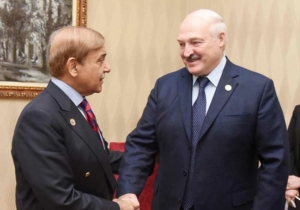 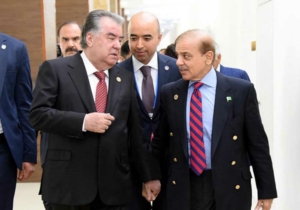