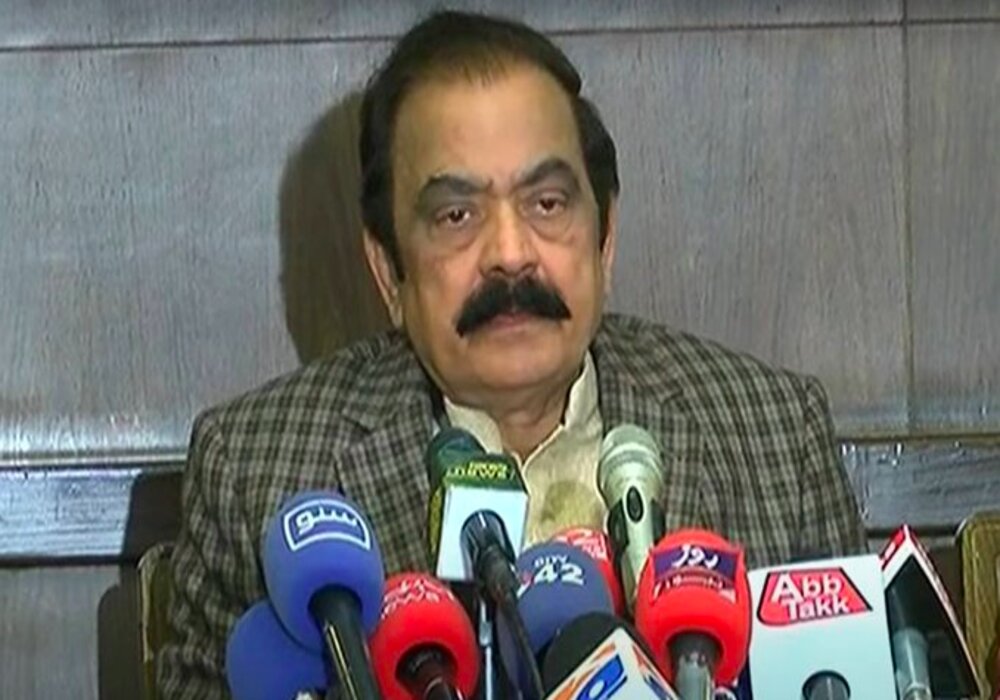 Other friendly nations advise that you should reach a deal with the IMF before asking for assistance.

Interior Minister Rana Sanaullah has said that Pakistan wanted the Tehreek-e-Taliban Pakistan (TTP) to surrender and that attempts were being made to bring the group to the negotiation table, state-run media has reported.

Rana Sanaullah vowed to continue his criticism of Tehreek-e-Insaf (PTI) Chairman Imran Khan expressing concern that Pakistan would experience a disaster if the “fitna” regains power. According to him, both domestic and foreign propaganda has caused problems for the nation.

At a news conference, Rana Sanaullah stated that the National Security Council (NSC) has declared that there would be zero tolerance for terrorists seeking to destabilize the country. He continued by saying that all the institutions were successfully eradicating terrorism and reiterating that the people may have confidence that terrorists would be dealt with harshly.

Speaking about the number of terrorist events that happened last year the minister stated that approximately 67 percent of them took place in Khyber Pakhtunkhwa and 31 percent in Balochistan while just one percent and two percent occurred in Punjab and Sindh respectively.

He said that Prime Minister Shehbaz Sharif had started the process of establishing the Counter Terrorism Department (CTD) in Punjab. In order for the CTD Khyber Pakhtunkhwa and CTD Balochistan to effectively play their part in containing terrorism, the minister gave the assurance that the federal government will give them the utmost amount of support and training.

The minister criticized the latest attack on CTD officers in Khanewal and said that martyr Naveed Sadiq Sial had accomplished many difficult tasks while performing his job.

He lamented the fact that certain individuals attempted to sow fear throughout society by using the media to publicize fictitious security-related threats like the attack on the Parliament House. He claimed that such suspects had been captured and were under investigation.