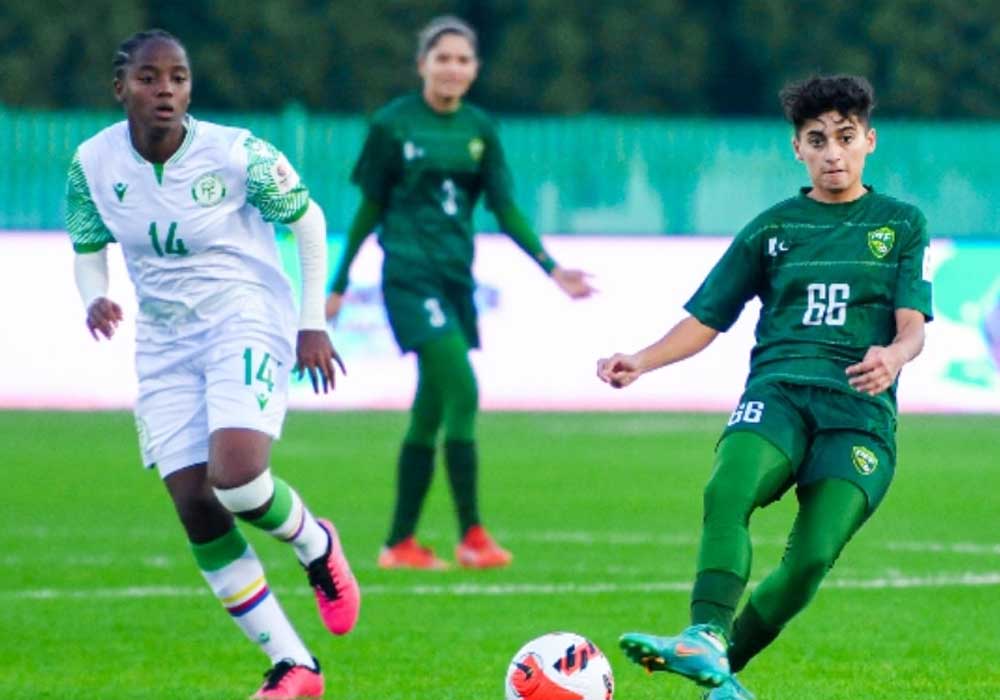 Pakistan’s women’s football team defeated Comoros 1-0 with ease in the opening match of the Four-Nation Cup being hosted in Saudi Arabia.

The Women in Green faced off against an East African nation on Wednesday at the Saud Bin Jalawi Stadium.

Both teams put up a fight against one another in the first half, but Team Green was able to break the tie in the second.

Anmol Hira continued to shine as she helped Pakistan defeat Comoros 1-0 in the inaugural game of the four-nation Cup.

We start our campaign off with a 1-0 victory against Comoros. Anmol Hira with a last minute winner ❤️#PakisfanFootball #DilSayFootball #WomensFootball pic.twitter.com/4SggtVjiVw

It’s the second victory for Women in Green after Pakistan’s 6-0 victory over Maldives at the SAFF Women’s Championship in Nepal in September of last year.

Saudi Arabia, Pakistan, Comoros, and Mauritius are all participating in the competition, which is being hosted in the eastern part of the country.

Despite numerous changes in the Islamic country, the Kingdom allowed women to participate in well-known sports, and women are now making history in football.