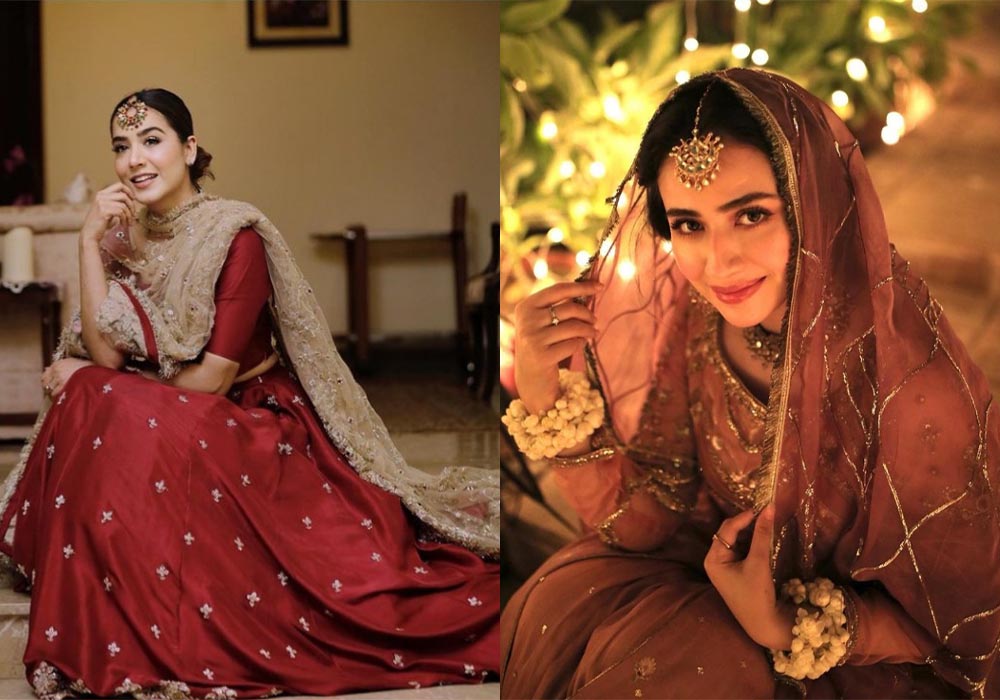 Winter season in Pakistan is also referred to as wedding season, considering that the majority holds its nuptial events throughout the winters. Following such festivities, celebrities also take it upon themselves to exhibit the works of people working in the field of wedding couture. Although the bridal couture week has ended, a few of our celebrities are still posing in bridal looks, keeping under consideration the still on-going nippy weather which demands that heavy dresses be worn. 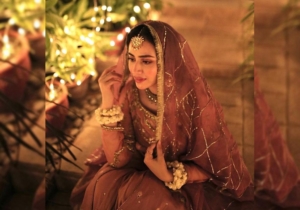 Sana Javed took to Instagram to pose for Mohsin Naveed in a rusty pink bridal dress with jewellery by Ali Javeri. Photographed by Rehan Mithani, the actress looked fabulous in a somewhat traditional dress, the dupatta of which had a golden border the kind of which would be worn before the turn of the century. She had also adorned her wrists with fresh jasmine garlands, resulting in a lovely combination of white and pink. 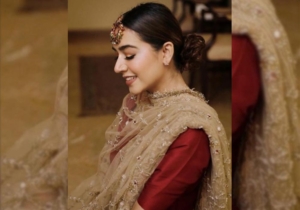 Mansha Pasha too, over the weekend, posed for a wedding but chose to avoid going over-the-top and remained herself instead. Unlike most of the brides which take an equally glittery dupatta over their heads, the actress kept her head uncovered yet adorned her upper body with a lengthy, fawn-hued dupatta embellished with flowery beads. The dress the actress had worn was flame red, a short shirt beneath which was a long and heavy flowing skirt. As far as the jewellery was concerned, Mansha Pasha kept her arms bare and chose to flaunt a huge tikka on her forehead, carrying tinctures of red, green and white. ‘Wedding Season’ was the caption the actress had given to her photos, also stating that she is posing for Omorose Couture.