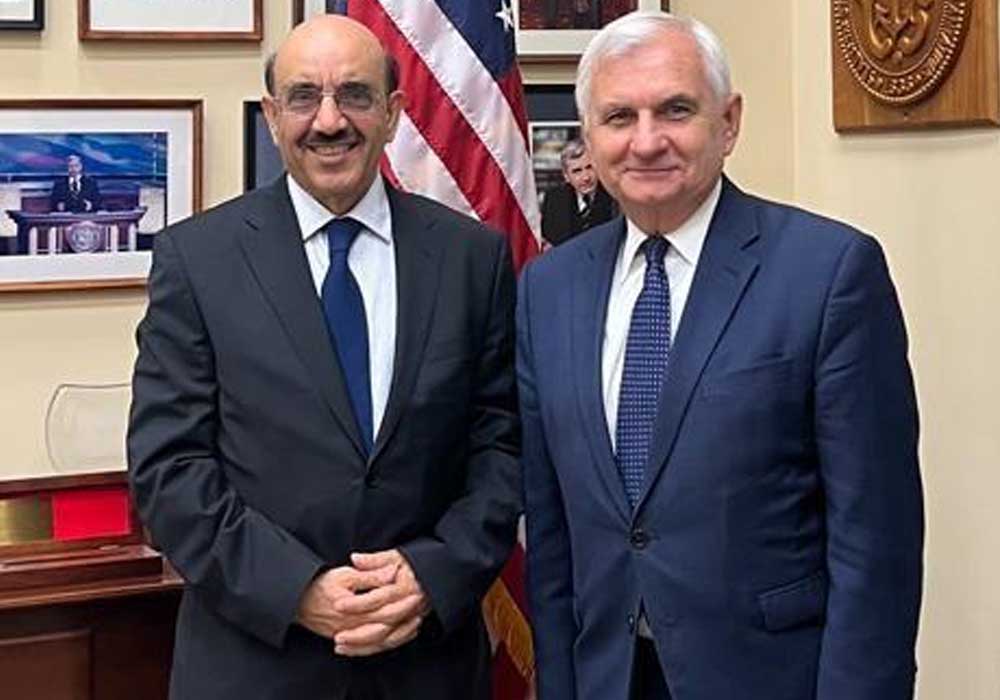 Pakistan’s Ambassador to the United States Masood Khan met with the US Senator Jack Reed and expressed interest in strengthening relationships between the two countries.

Senator Jack Reed is the chairman of US Senate Armed Services Committee and held many key positions in the Senate since the past 20 years. Reed assured the ambassador that the armed forces committee would engage to bolster bilateral ties.

Ambassador Masood Khan told the US Senator that Pakistan enjoyed close defence cooperation with the US. He also emphasized that defence platforms required sustained support. As per the press release from the Pakistani Embassy, the two countries would continue partnering in political and economic spheres.

The situation of regional security and Afghanistan were also discussed. Senator Reed warmly welcomed the ambassador, and spoke of sustained long-standing ties with Pakistan.

The Pakistani ambassador also extended an invitation to the US senator to visit Pakistan, which he accepted gladly.