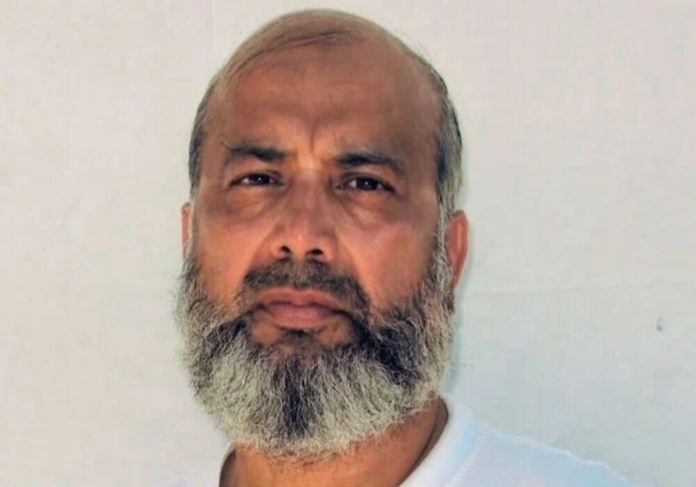 A Pakistani national Saifullah Paracha, who was detained in Guantanamo Bay for almost 18 years, has been released and arrived home on Saturday.

Foreign Office Spokesperson Asim Iftikhar in a statement has said that the foreign ministry completed an extensive inter-agency process to facilitate the repatriation of Saifullah Paracha. He said we are glad that a Pakistani citizen detained abroad is finally reunited with his family.

The issue of 75-year-old Saifullah Paracha’s continued imprisonment in Guantanamo Bay was raised by Senator Mushtaq Ahmed during the meeting of the Senate Committee on Human Rights on September 5.

Mushtaq had said that Saifullah was declared innocent by the US government and the US authorities were in contact regarding his return.

The committee was informed by the officials of the Foreign Office that there were three Pakistani nationals incarcerated in Guantanamo Bay but the verification of their citizenship was under process. It was also told that the citizenship verification of Saifullah Paracha had been completed and therefore he has been expected to be released soon.

Paracha was arrested in Bangkok in 2003 with accusations of having contacts with Al-Qaeda. He was then taken to Bagram Airbase Afghanistan and was shifted to Guantanamo Bay in 2004.