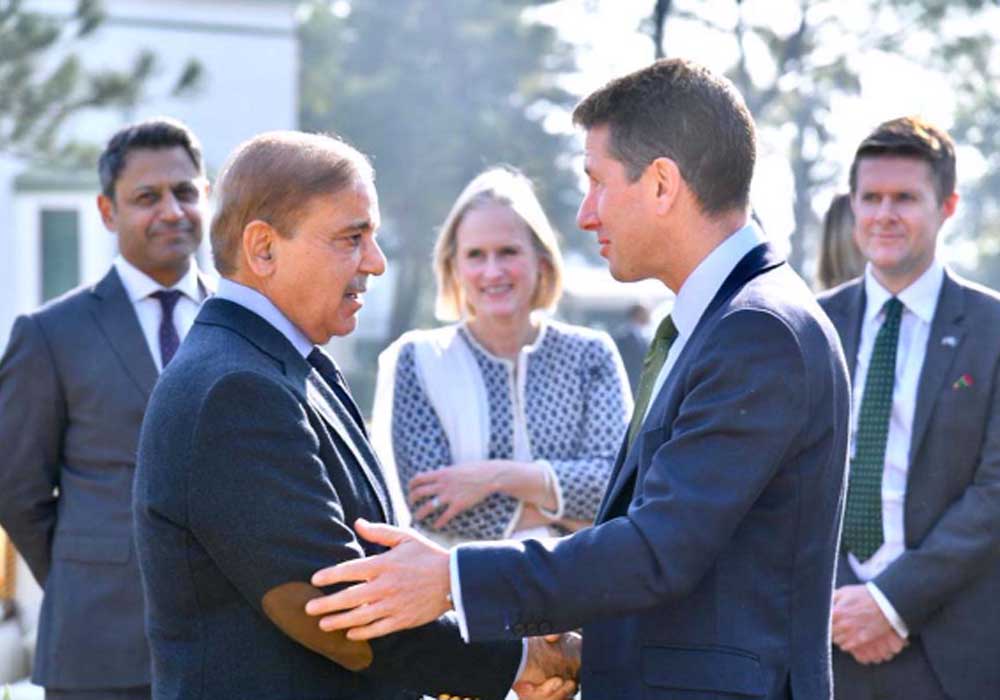 During the “comprehensive telephone conversation”, the prime minister assured the Chinese Premier that Pakistan would provide a completely secure and conducive business environment for Chinese investors.

“The two leaders’ discussion was characterised by warmth and cordiality, in keeping with the best traditions of the Pakistan-China All-Weather Strategic Cooperative Partnership,” a PMs’ Office statement said.

PM Shehbaz and Premier Li exchanged New Year greetings, noting that bilateral relations had grown to new heights in 2022, and agreeing to maintain the steady momentum of bilateral cooperation in 2023.

Recalling his visit to China in November 2022 and wide-ranging conversations with President Xi Jinping and Premier Li, the prime minister underscored Pakistan’s commitment to fostering closer relations with China.

Premier Li Keqiang assured the prime minister that China viewed Pakistan not only as a strategic friend but as a country whose stability and economic welfare was of utmost importance to the region and to China.

Noting the International Conference on Climate Resilient Pakistan being held in Geneva on January 9, PM Shehbaz briefed Premier Li on the latest progress in post-flood reconstruction and rehabilitation in Pakistan.

He conveyed Pakistan’s profound gratitude for China’s prompt and generous support for the flood-affected people.

Premier Li assured the prime minister of China’s continued support for Pakistan’s reconstruction efforts and the success of the Conference.

Both leaders agreed to maintain close communication to fast-track the bilateral cooperation agenda for mutual benefit of the peoples of Pakistan and China in 2023 and beyond. Meanwhile, Shehbaz Sharif Thursday said the Pakistan-UK relations, which were rooted in history, shared legacy, and strong people-to-people bonds, had gone from strength to strength.

He said the UK was Pakistan’s largest European trading, investment, and development partner. The trajectory of the bilateral relations between the two countries showed immense potential for growth for the benefit of their people.

The prime minister made these remarks in a meeting with the outgoing British High Commissioner Dr Christian Turner, who paid a farewell call on him at the Prime Minister’s House.

PM Shehbaz lauded the services rendered by Dr Turner for the promotion of Pakistan-UK ties, especially in the fields of trade, investment, and economic cooperation.   He also commended the British high commissioner for his proactive role in channelizing the UK’s support for the relief and recovery of the victims of climate-induced floods in Pakistan.

The prime minister appreciated Dr Turner’s role in bringing the English cricket team to Pakistan after 17 years. Moreover, the PM was all praise for his remarkable role in the revival of commercial flight operations of British Airways in Pakistan. The PM expressed his best wishes to the high commissioner for his future endeavours. He also hosted a lunch in the honour of the outgoing high commissioner.

Separately, the prime minister on Thursday chaired a meeting to review the implementation of the measures taken for saving energy in the country.

The meeting was informed about the progress made on the implementation of the solarization projects. In the initial phase, solar panels of 1,000 megawatts would be installed in the federal government buildings.

It was further told that the process of policymaking for the production of solar panels at the local level in the country had entered the final phase.

Consultation with the industries related to manufacturing of solar panels had been completed. The participants were told that in order to increase the production of electric motorcycles, the local industry was taken into confidence to formulate a comprehensive policy.

It was also told that for conserving gas, all new gas geysers would come with conical baffles and by the end of the current year, the installation of baffles on the present geysers would be ensured.

It was told that the production of high energy consuming filament/ low quality old electric bulbs would not be allowed after the sale of the present stock. “The industries which were manufacturing high energy consuming fans would also be transferred to the new technology and a comprehensive plan would be laid down for replacing the old fans.”

The prime minister directed the implementation of the measures in a given timeframe.