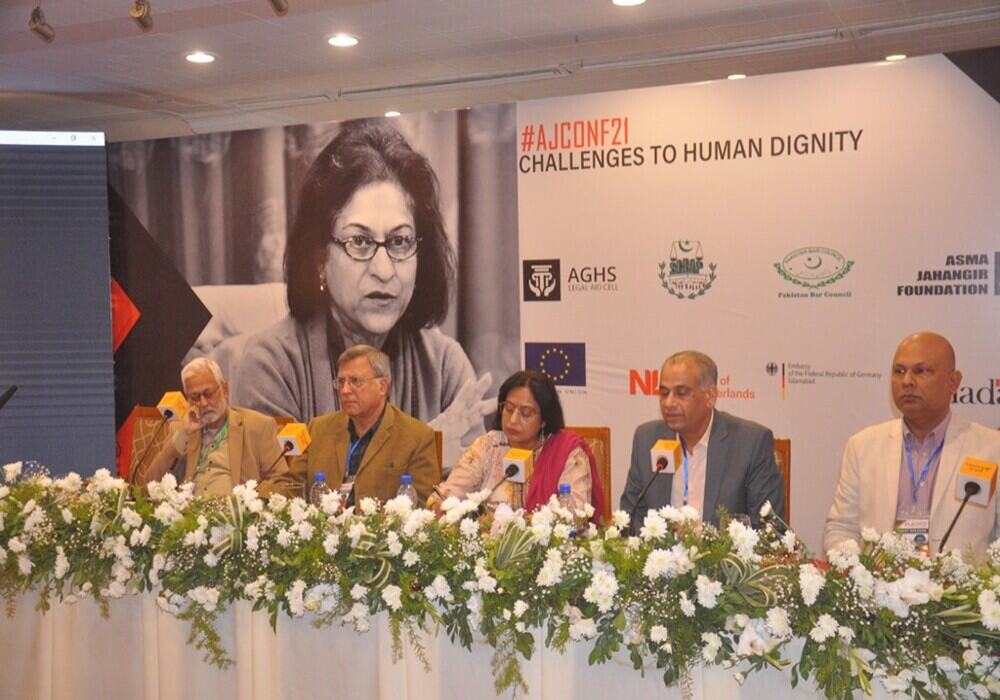 On the last day of the Asma Jehangir Conference 2021, the speakers lauded Pakistan’s efforts in taking care of Afghan refugees for more than 40 years.

While speaking to the session titled ‘The Afghan Crisis and its Impact’, European Union (EU) Ambassador to Pakistan Androulla Kaminara said, “When it comes to humanitarian crisis, the most vulnerable part of the society is women and children. On top of that, we cannot forget the dedication of women humanitarian aid workers also.”

She emphasized border opening for the refugees and said, “Opening of the border is really important. We have increased the humanitarian aid to Afghanistan and we would also look into increasing the funds.” She said that they were engaged with the Taliban representative but engagement does not mean ‘recognition’. 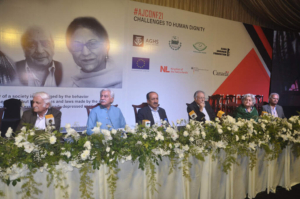 The ambassador said the EU had identified five benchmarks for progress in Afghanistan. The first one was that Afghanistan’s soil should not be used against any country, second, there should be an inclusive government, and the third one was related to human rights in the country, which included addressing the plight of women and their access to schools, the ambassador said.

She added that the fourth one was that citizens could leave the country at any time they wanted, and the fifth one was to make sure that humanitarian aid should be delivered to the people who were vulnerable.

While praising Pakistan’s efforts for the Afghan refugees, United Nations High Commissioner for Refugees (UNHCR) Deputy Representative Tammy Sharpe said, “We are working with the Pakistani government and they have been very helpful and we can see that the majority of Afghans have no problem in getting education and medical facilities in the country but still there is more to be done.” She said Pakistan still had to sign the international agreement on refugees and had to make proper legislation for the asylum-seeking Afghans.

Sharpe said that the UNHCR was working with the Pakistani government now for several decades. She stated, “We have 1.4 million registered refugees in Pakistan, and despite facing many problems Pakistan has been very progressive when it comes to Afghan refugees. We are under very serious pressure at the moment. Public dialogues need to be continued.”

Speaking in the conference, Member of National Assembly (MNA) Mohsin Dawar said, “Pakistan still has to sign the 1957 refugee convention. Nobody knows what to do with so many refugees. People who are still outside of the cities do not know what to do and how to get themselves registered with the Pakistani government.” He criticized the citizenship laws and said, “According to the law a Pakistani man can marry any foreigner and the lady will get the nationality and citizenship of the country, on the other hand, if a Pakistani woman marries a foreigner, that guy cannot have our nationality. I have also discussed this with Human Rights Minister Shireen Mazari and asked her why she is not talking on this law.” 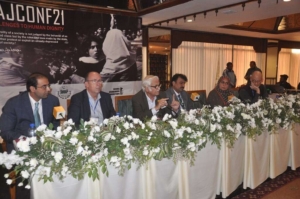 Orzala Nemat, an academic and founder of the women and youth leadership forum, joined the session from Afghanistan through Zoom and said, “We are in a very challenging situation. I am glad that the issue of refugees is a part of this conference. Restrictions on Afghans who are trying to cross the borders in this new situation are very disturbing. The people of Pakistan have always opened their houses and been very welcoming. Whenever there is a humanitarian crisis, the first thing the neighboring countries do is close their borders.” She said 38 million Afghans were paying the price of mistakes of the whole world right now.

Regional Peace and Security Issues consultant and United Nations Development Programme (UNDP) Preventing Violent Extremism (PVE) Expert Simbal Khan said, “Ninety-five percent of Afghanistan’s budget comes from aid and we have to understand their situation. There are 92 points in Balochistan from where people are still traveling illegally. We have to develop some mechanism to save people.”

In another session moderated by Supreme Court advocate Salman Akram Raja, panelists discussed the problems of small provinces. The session was titled ‘Challenges to restoring democracy in Pakistan, woes of smaller provinces’.

Raja said, “It is high time that the government start addressing the issues of all the provinces who have been neglected throughout.”

Pashtun Tahafuz Movement President Manzoor Pashteen said, “Seventy-thousand people have been martyred in the war against terror. When one person dies, his whole family dies with him.” He added that the government should sit with them on the table and hear their grievances.

National Party President and former Balochistan chief minister Dr. Abdul Malik Baloch said, “There is a power in this country which thinks that it is superior to judiciary, parliament and everything else. Respecting people’s choice in the country is the backbone for democracy.”