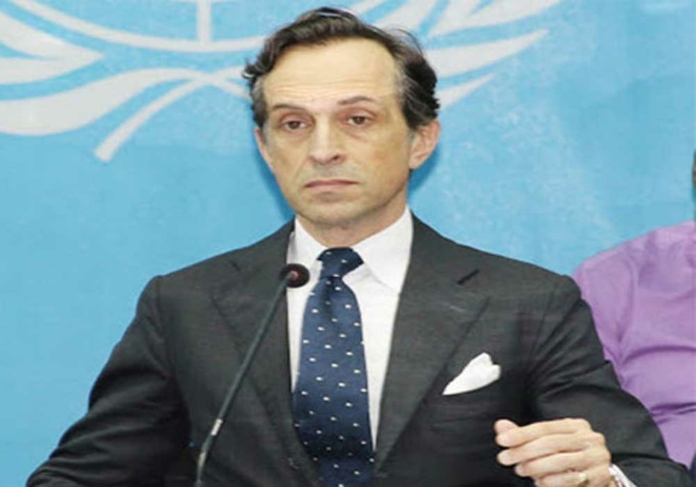 United Nations Humanitarian Coordinator Julien Harneis has said that aid promises from UN member states for Pakistan’s flood response plan in 2022 are not materializing as swiftly as they were a few weeks ago.

On Thursday, during his weekly press conference in Islamabad, Harneis stated that they had to engage with those countries that were supporting the UN to increase the speed so that they could deliver relief to the people affected by disastrous floods in Pakistan.

He said that health is our top priority in terms of the requirements we have observed across the nation because it is a significant issue and the WHO is actively monitoring the state of Pakistan.

According to Harneis, the UN is seeking funding for the flood victims’ most pressing needs, including shelter, food security, potable water, and health care.

He stated that member state promises of $180 million, which was more than the initial flash appeal but less than 20% of the latest plea for $816 million released last week, were easily within reach. According to him, the converted pledges now totalled $90 million.

According to the WHO, there would be 27 million cases of malaria by January 2023 in 32 districts of Pakistan, which is a considerable increase from prior years.