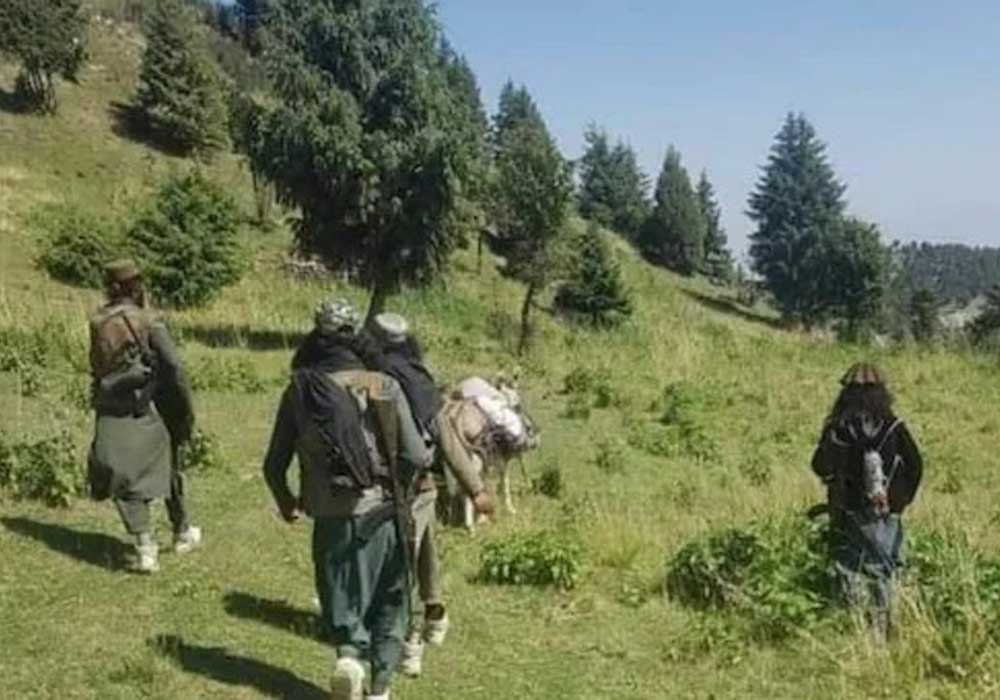 Panic has spread among the local people after the return of the Taliban in different areas of Malakand division, including Swat while the residents of the area also have reportedly started receiving extortion calls which have left people worried.

According to media reports, The Tehreek-e-Taliban Pakistan (TTP) militants have established a check-post on the Balasoor top. TTP militants have also been roaming in areas of Matta, Swat.

Reports quoting local residents have claimed that the militants were not only at Balasoor top, but they were also present in large numbers in the mountainous areas of Matta tehsil, including Bar Shor, Koz Shor, Namal, Gat Peuchar and other areas.

The provincial government of Khyber Pakhtunkhwa has also shown intent of its inclusion in the Jirga formed by the prime minister over the law and order situation in the province. Provincial Education Minister Kamran Bangash has said that although they did not accept the government’s formation of the Jirga because of the “foreign conspiracy”, but for the interest of the people of KP they would be ready to sit with them.

In order to improve the law and order situation in the area, the Action Committee has called a meeting in Tehsil Maidan and also announced a public meeting on August 16.

According to media reports, attack on MPA Malik Liaqat Ali and on police in Matta and other parts of Swat are matters of serious concern for the government and the law enforcement agencies.

The situation was much better in Malakand Division before the attack on MPA Liaqat in which his brother and nephew were among the dead, with the MPA receiving critical injuries.

Attacks have also been reported on police posts in Swat after which a video appeared on social media in which officials were taken hostage.

The other day, hundreds of people in Dir took to the streets and marched for peace, asking the government, police and army not to let anyone disturb the peace in Malakand Division once again.

On the other side, the outlawed Tehreek-e-Taliban Pakistan (TTP) has distanced itself from the attack on MPA Liaqat Ali. In a statement, TTP has said that it was not involved in the attack and the news of its involvement was based on rumours.