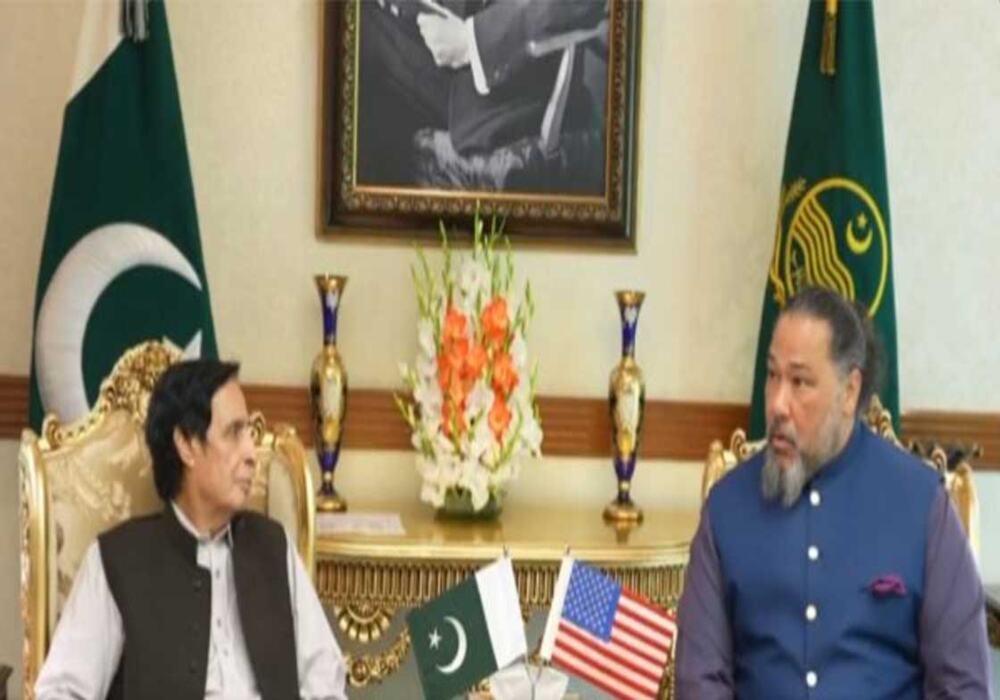 Issues of mutual interest, development of bilateral relations, and increasing cooperation in various fields were discussed during the meeting.

There have been ups and downs in the relationship between Pakistan and America, stated Chaudhry Parvez Elahi

Parvez Elahi said that Pakistan was a peaceful country that wanted friendly relations with the US and all other countries.

He further said that in Pakistan, all citizens, including minorities have equal rights according to the constitution. Our government is following the development agenda for the welfare of the people.

The American consul general said that America attached great importance to its relationship with Pakistan.

Consul General added that we will further promote cooperation in various fields with the Punjab government.

Meanwhile, US Ambassador Donald Blome visited the mausoleum of Quaid-e-Azam Muhammad Ali Jinnah on Thursday and paid his respects to the founder of Pakistan ahead of Pakistan’s 75th Independence Day.

On behalf of the American people, the US ambassador offered Pakistan ‘warm congratulations’ on its 75th Independence Day.