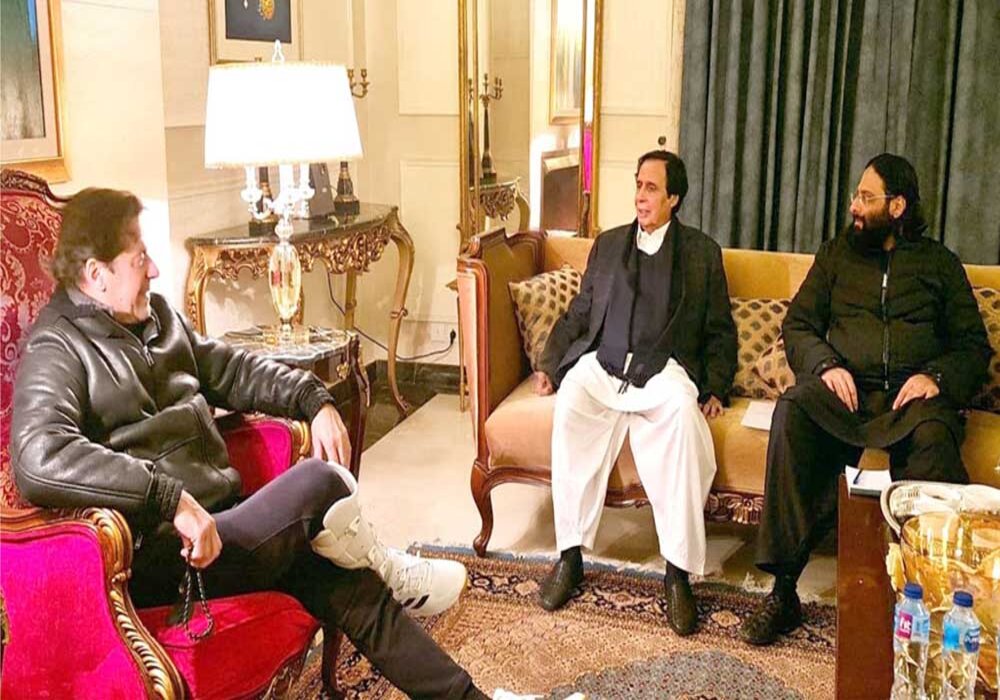 Imran Khan discussed the issues candidly, especially the situation of flour supply. The CM mentioned that the government’s wheat quota had been doubled to improve the supply of flour in Punjab.

The strategy of the vote of confidence in the Punjab Assembly and the session of the Punjab Assembly were also discussed and Imran Khan noted that the 13-party government cabal destroyed the economy within a few months, while prices were skyrocketing. “The claimants to manage the economy have fallen at the feet of others. They are not ashamed to go to Geneva along with a large group of cronies to beg,” he added, and remarked that if the economy was not managed, it would harm the state in the future. “The power-hungry rulers have caused inflation. The Punjab government is positively moving forward,” he added.

The CM regretted that the senseless cabal imposed on the country has made the life of the poor miserable. Instead of paying attention to the problems of the people, this gang is trying to clear themselves through NRO. Imran Khan is our leader and we will stand with him in every decision. Our alliance is stronger than before. He said that Imran Khan has reduced the politics of the opposition to zero. The government coalition has become a group of beggars and all of them are begging together. International financial institutions have lost faith in the government; the CM said and added that the focus of every initiative is the welfare of the common man. All possible measures are being taken to provide relief to the people.

Meanwhile, Parvez Elahi huddled up with Punjab Assembly Speaker Sibtain Khan, provincial ministers Muhammad Basharat Raja and Mian Mahmood Al Rashid at his office to discuss the political situation and the number game in the Punjab Assembly on Monday.

The participants reiterated their resolve to vigorously counter every unconstitutional tactic of the opposition.

The CM noted that the opposition was daydreaming of clinching power in Punjab. Lost in dreams, the opposition does not have enough numbers, he added. PML-N has faced defeat in Punjab before and it will not find a place to hide in the future, the CM said. The PML-N has turned into a hub of fake-news bonanza; he asserted and added that we are one and will remain one. No one should be under any illusion, we are with Imran Khan. Those who create misconceptions would fail as before; he asserted and termed the claims of PML-N as castles in the air. Besides, 220 million hapless people are suffering the penalty of the incompetence of the federal government, he concluded.