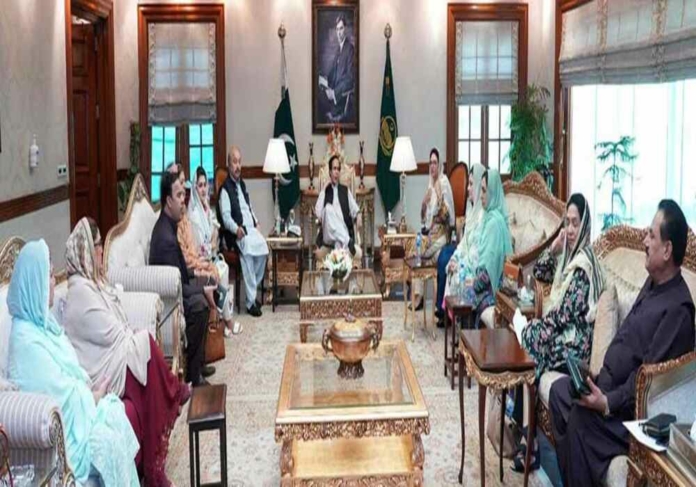 Punjab Chief Minister Chaudhry Parvez Elahi on Tuesday ordered the completion of health projects on a fast track basis and asked for a workable plan to shift government hospitals to solar energy in a phased manner.

While presiding over a meeting to review ongoing health sector projects, the CM ordered a full assessment of the solarisation of hospitals and approved funds for the construction of the dental hospital in Jubilee Town. He directed to complete the Institute of Child Health under the public-private partnership (PPP) mode and said that the mother and child block of Ganga Ram Hospital should be completed this month. Similarly, he said that the upgradation of DHQ hospitals in Gujranwala and Sahiwal should be completed soon. The DHQ hospital in Gujranwala was being developed as a 500-bed teaching hospital, while DHQ hospital in Sahiwal would be designed as a 773-bed teaching hospital to provide the best healthcare facilities to the patients. The CM directed that the installation of 30 dialysis machines and other equipment in the 250-bed Institute of Urology and Transplantation Rawalpindi should be completed soon and the outdoor and emergency block of Fateh Muhammad Buzdar Institute of Cardiology, DG Khan, be made functional as soon as possible. He approved in principle the release of funds for the installation of a positron emission tomography (PET) scan and cyclotron machine in Nishtar Hospital Multan.

The 256-bed trauma centre and emergency of Jinnah Hospital would be operationalised soon, he said. The CM also approved funds for installing latest machine in the oncology ward of Jinnah Hospital. The meeting was told that a 200-bed emergency ward would be completed in General Hospital Arfa Karim Tower in the first phase.

Meanwhile, Parvez Elahi has said the political role of women parliamentarians is appreciable. The government would give importance to consultations with women assembly members in the formulation of development plans. He was talking to women parliamentarians who called on him at his office. Those who met the CM included Firdous Rehana, Musarat Jamshed Cheema, Farhat Farooq, Sania Kamran, Farah Agha, Samina Khawar and Sabrina Javed, while Speaker Sibtain Khan and Principal Secretary to CM Muhammad Khan Bhatti were also present.

The CM noted that the women parliamentarians had played a valuable role in the struggle of PTI Chairman Imran Khan and women were playing the role of the vanguard in the democratic struggle of Imran Khan. The welfare of women had always been considered a priority by the government and every effort would be made to protect their rights, he said, and sought a report about the construction of a dam in Sohawa when a woman parliamentarian put forth this proposal.

Separately, Parvez Elahi sought a report from IG police about the death of an accused due to torture in Quaid-e-Azam Industrial Estate police station. He ordered legal action against the responsible officials and added that a report be submitted to him after holding an impartial investigation.

The CM also expressed deep sense of grief and sorrow over the loss of precious human lives in a traffic accident on Sahiwal Road near Pakpattan. He extended heartfelt sympathies to the bereaved families and directed that the best treatment facilities should be provided to the injured. He also sought a report from the administration about the accident and ordered legal action against the responsible person.