Patients suffer due to Sindh govt and healthcare workers’ conflict

Patients suffer due to Sindh govt and healthcare workers' conflict 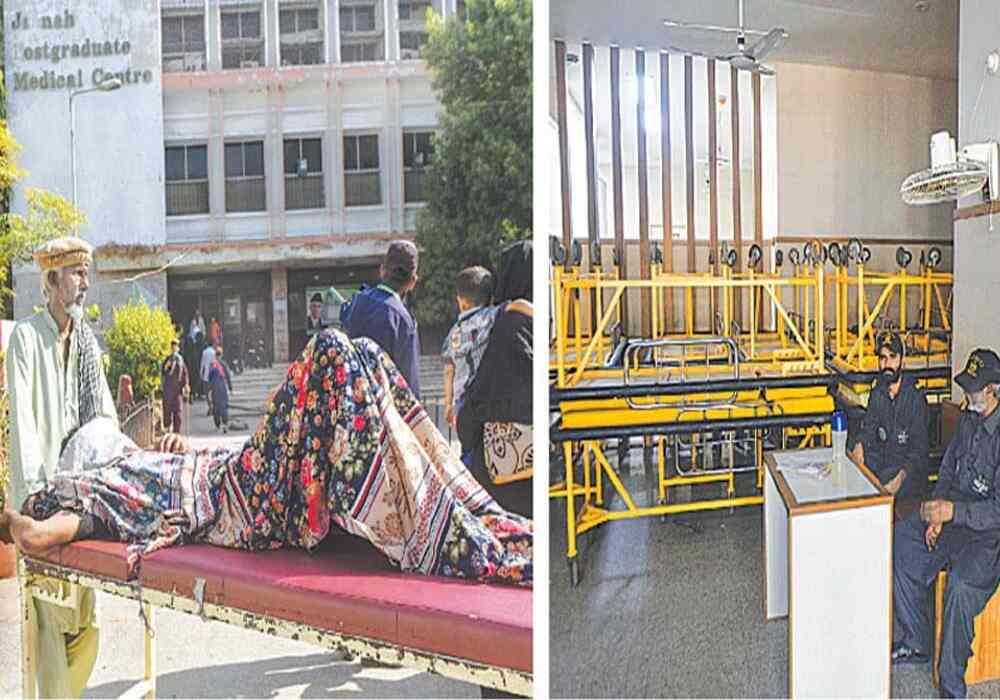 Patient care at public hospitals across Sindh remained suspended as health professionals in a number of regions organized protests in support of their coworkers, who had been attacked and detained by police the day before and had since been released by court orders on Saturday.

According to media reports, due to a severe staffing shortage, healthcare facilities in the province were refusing to accept emergency patients, new admissions, and even scheduled surgeries.

The issue has persisted since last Monday, when young physicians, nurses, and paramedics made the decision to boycott outpatient departments (OPDs) entirely in protest of their demand to resume the health risk allowance, they said.

However, they said that the administration was doing nothing to address the concerns of vulnerable patients or engage in a real conversation with the protesting workers.

Officials from JPMC stated that all of its emergency services, including its operating room, were open.