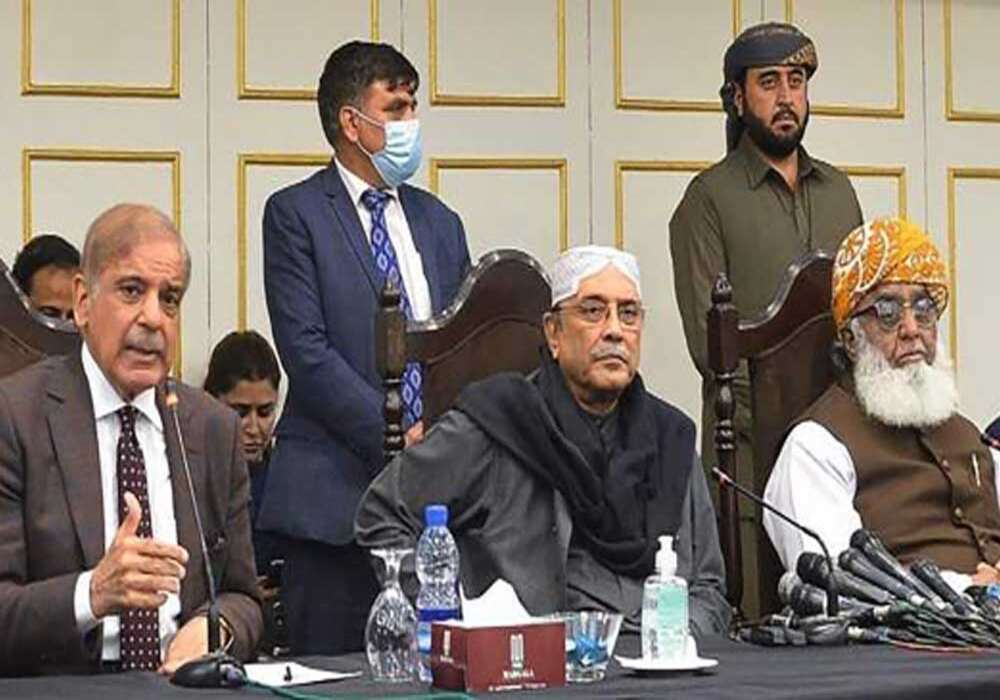 Pakistan Democratic Movement (PDM) heads will meet on October 21 to discuss the current political situation of the country.

According to media reports, Prime Minister Shehbaz Sharif had requested to summon the meeting of PDM heads. The meeting will be held on Friday at 3:00 pm.

A strategy to counter Pakistan Tehreek-e-Insaf’s (PTI) expected long march will be discussed in the meeting along with political situation.

Cases related to cyber leaks will also be discussed in the meeting. Matters related to Pakistan’s regional and national situation will be reviewed along with recent by-elections.

Government has been consistently claiming that it will complete tenure and next general elections will be held in time. It has also showed resolve that no violent mob would be allowed to dictate the government.

The coalition government has also condemned propaganda against Asif Ali Zardari and Nawaz Sharif. It had said that the appointment of the new army chief will be made by Prime Minister Shehbaz Sharif as per rules.

The statement also said that the utmost priority of the government was revival and rehabilitation of flood affectees.