PDM to â€˜markâ€™ Pakistan Day with march on Islamabad 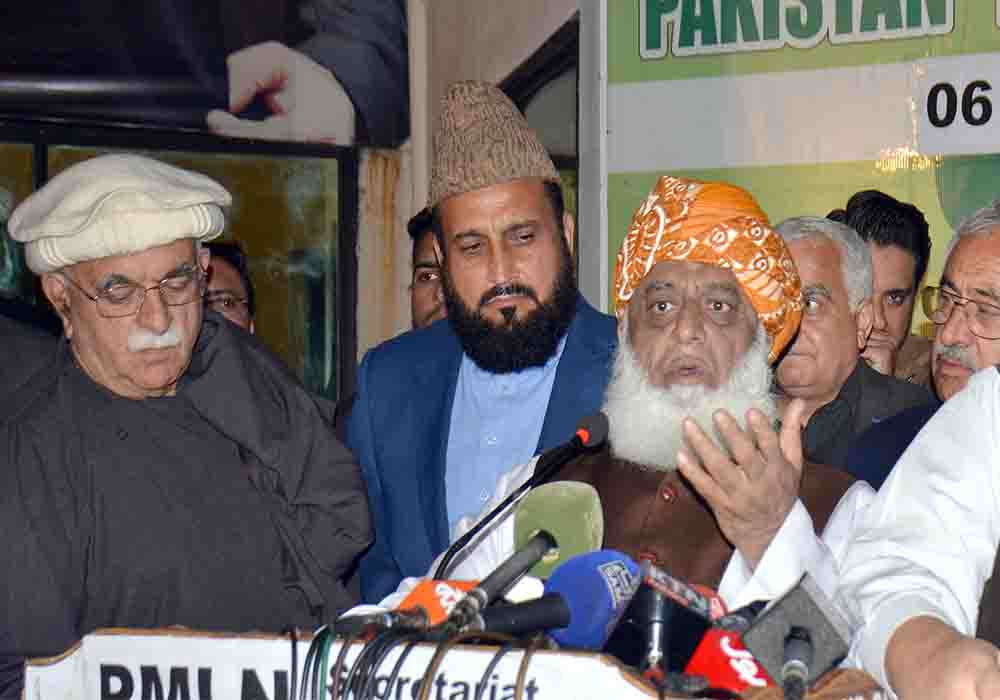 The Pakistan Democratic Movement (PDM) on Monday announced that it would be holding a march against inflation in Islamabad on March 23 owing to the failure of the government in multiple arenas.

PDM chief Maulana Fazlur Rehman stated during a press conference that people from across the country would converge in Islamabad to protest against inflation.

The PDM chief stated that the movementâ€™s provincial chapters would hold meetings to prepare for the protests in March.

Maulana Fazl also revealed that he would meet the Supreme Court Bar Association and the Pakistan Bar Council, following which a seminar would be held. The date of the seminar would be finalised following consultations with the legal, business community and civil society.

The PDM chief said that the PDM had a â€œunanimous policyâ€ regarding the resignations of legislators from the assemblies, but a decision on the right time for such an action would be made in the future.

He further said that the nation was the owner of the state and the federal capital was the place to resolve the common personsâ€™ issues.

Maulana Fazl didnâ€™t give a solid indication as to the duration of the march.

Meanwhile, Federal Interior Minister Sheikh Rashid Ahmad called the movementâ€™s intentions â€œimmoral and irresponsibleâ€, citing the fact that the day was reserved for the traditional parade held by the Pakistan Army.

He stated that due to the high-security measures in place, and the presence of the masses and foreign diplomats for the traditional march on March 23, the march would not be of benefit to the country.

Moreover, Federal Information and Broadcasting Minister Fawad Chaudhry said that because of the PDMâ€™s chiefâ€™s history of changing plans, he hoped that something similar would occur with regards to the planned march on Pakistan Day.