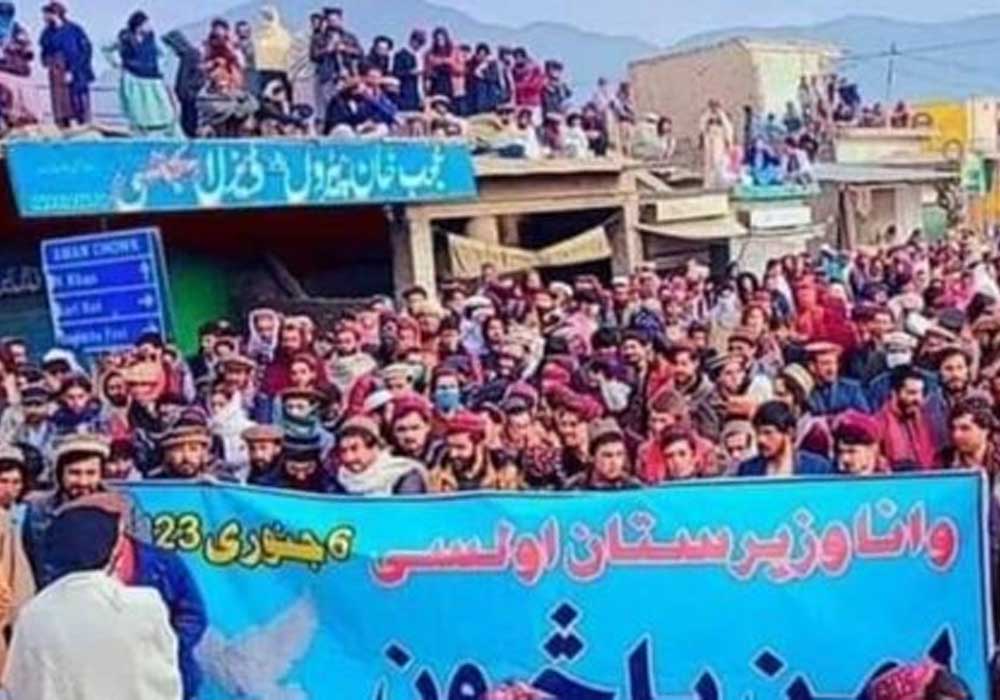 Thousand of people have come out on the streets in Wana, South Waziristan to protest against the spike in terrorism and demand peace.

People came out of their homes as terrorist incidents are increasing especially in Khyber Pakhtunkhwa and Balochistan.

In a raid yesterday in South Waziristan, security personnel killed 11 militants including a key commander of the banned Tehreek-i-Taliban Pakistan.

Individuals from all walks of life, including political workers, social activists, traders, and youth, participated in the peace march. Participants held white flags and protest signs and shouted slogans in support of peace and against a new wave of terrorism occurring in the region, especially in tribal districts.

The rally was addressed by leaders of the PPP, PTM, PML-N, and AWP. They argued that the government was accountable for ensuring safety and security in the region and that terrorism could not be tolerated at any cost and demanded the removal of both good and bad Taliban from the region.

The speakers noted a rise in attacks on security personnel in Wana, as well as kidnappings of ordinary citizens for extortion.

Awami National Party leader Ayaz Wazir said, “No one is safe in Wana. Today, thousands of people have taken to the streets to demand peace. We won’t sit quietly until the government guarantees peace.”

Meanwhile, North Waziristan lawmaker Mohsin Dawar tweeted, “Our people refuse to be used as cannon fodder and scapegoats in the new great game being imposed on the region.”

The Pashtuns of South Waziristan came out in large numbers today in Wana to protest against terrorism and Talibanisation in our areas. Our people refuse to be used as cannon fodder and scapegoats in the new great game being imposed on the region. #وانا__اولسي_پاڅون pic.twitter.com/uoD3qqaYlt