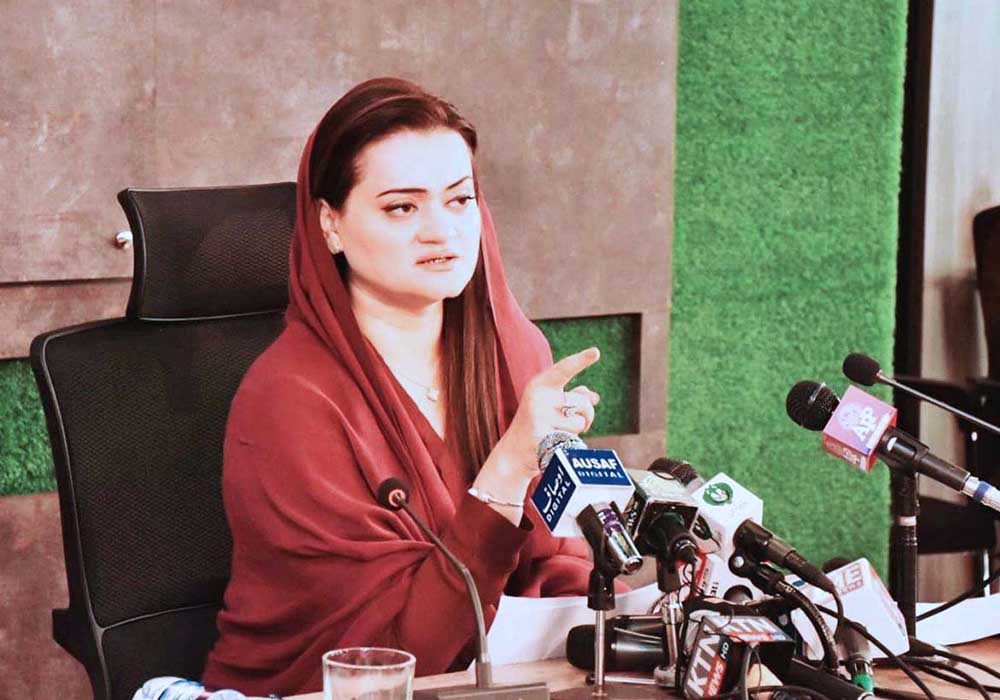 Minister for Information and Broadcasting Marriyum Aurangzeb said on Sunday the people would not respond to the call of Pakistan Tehreek-e-Insaf (PTI) chief Imran Khan “for creating chaos, anarchy and violence in the country”.

“Imran Khan’s call for protest is another hoax as people do not pay heed to those who ridicule the Election Commission and hurl threats on judiciary,” Marriyum said in a news statement. Those who are involved in smear campaigns against the martyrs of the Army and hatched a conspiracy to create Sri Lanka-like economic turmoil did not get a response from the people, she said, adding that the people had unanimously responded to the call of Prime Minister Shehbaz Sharif who appealed them to help the flood-affected people.

The minister castigated Imran Khan for abandoning his people in midway of a protest which he announced himself. The former prime minister, she said, is bent upon creating chaos and anarchy instead of joining the whole nation in the flood relief and rehabilitation efforts. She said that Imran Khan is mired in his ego and wanted to ruin every institution, people and national interests. “Imran Khan again wants to reinstall corrupt model of governance in the country by imposing people like Usman Buzdar, Farah Gogi and Bushra,” she alleged.

Marriyum said that Imran Khan, who had announced the so-called “Haqeeqi Azadi” (real freedom) movement, hired the services of a former CIA chief for improving his image in the United States. She said that the PTI chief was not ready to spend even a penny on flood victims but had been spending millions of rupees on personal publicity. The minister warned Imran Khan that the law would take its course if it was taken into hands. When the law takes its course, Imran Khan would start whining and shrieking, she added. Time has changed and Imran Khan’s habit of getting favorite decisions through use of threats will never work anymore, she stressed. She said that the government would complete its constitutional term and general election would be held in time, adding that Imran Khan’s whining and shrieking would not make any difference.