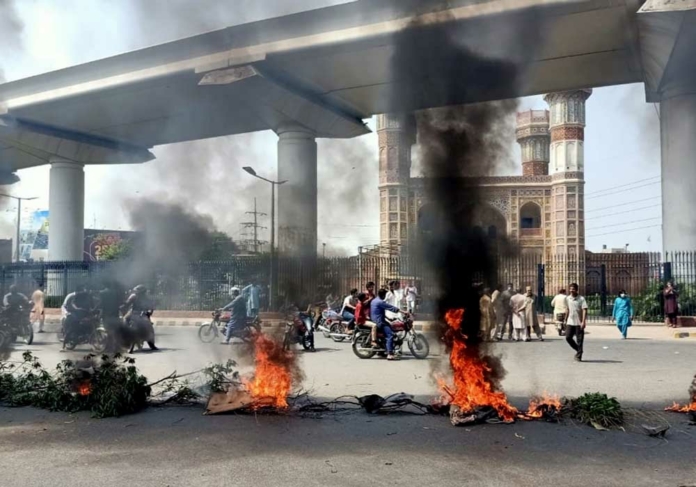 After the Islamabad Police, the Police departments of Peshawar and Karachi have also registered cases against those who were protesting against the firing incident on Pakistan Tehreek-e-Insaf (PTI) Chairman Imran Khan.

Peshawar Cantt Superintendent of Police (SP) Azhar Khan has said that a case has been registered against protesters who staged a protest in front of a sensitive building on November 3 and damaged public property.

SP Azhar Khan has said that the process of identifying the accused through CCTV footage was underway while National Database and Registration Authority (NADRA) has also been contacted for the identification of the accused.

He further said that Sections of damage to public property were included in the case against the accused and action will be taken against them as per law.

On the other side, PTI Secretary General Asad Umar has said that the Sindh Police has illegally arrested their workers.

Earlier Islamabad Police had also announced to proceed against the people as per law who will take the law into their hands. It had said that a political party has announced to block the entry and exit points of Islamabad which could cause difficulties for students and patients. It also said that roads to Islamabad International Airport will be kept open for the facilitation of passengers.

PTI’s leader Pervez Khattak had announced on the previous day that PTI workers will close entry and exit points of Islamabad from Monday.