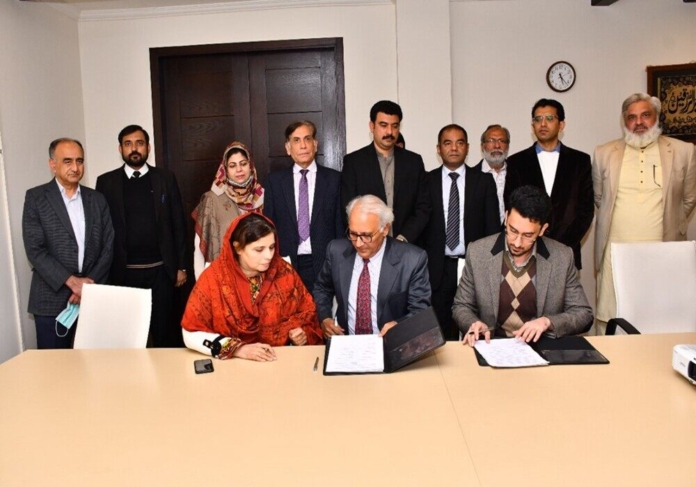 A ceremony was held in this regard which was attended by minister for labor, secretary labor and commissioner social security. Sources suggest, the necessary laws regarding awarding a private hospital are missing from the contract, while the new agreement has been awarded by officers without the approval of the governing board.

According to the documents available with Minute Mirror, a request for bid was published by Commissioner Punjab Employees Social Security Institution in September last year. The previous agreement’s clause seven states that “The applicant Medical College/University, if remained affiliated with any government, semi-government, organization or private entity’s hospital in the past, it shall submit performance certificate issued by the relevant government/semi government/ private hospital/institution etc., clearly mentioning that no outstanding liability or non-fulfillment of any kind whatsoever is pending against the said applicant medical college/ university.”

The University of Lahore Hospital owes Rs70 crore to PESSI and a case in this regard is in court. Commissioner PESSI said that the agreement between PESSI and UOL has been inked in accordance with the law. The University was the successful bidder of an open competitive process. As for litigation, both parties had filed suits against each other which are still pending. He further added that there is no stay order barring any of the parties from further collaboration.

Moreover, this agreement is not meant to affect any of the litigation of civil nature that is already in place. There is no clause that bars either of the parties from pursuing their legal rights. He concluded that this present agreement is three times more in favor of PESSI than the last one.