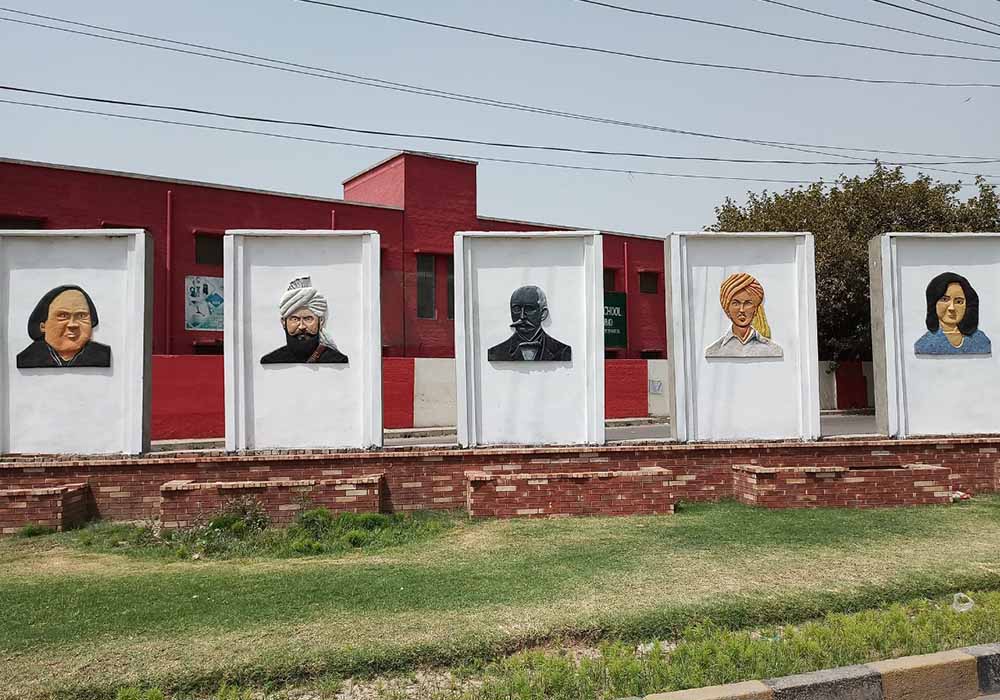 The inattention of the Parks and Horticulture Authority (PHA) administration has led to ridicule of Faisalabad’s world-renowned figures, Minute Mirror has learnt.

In the works of art displayed at Koh-e-Noor Chowk on Jaranwala Road, such pictures were hung which were not an accurate portrayal of the worth of the famous personalities that they intended to represent. A large number of citizens were unable to recognise these personalities, while those who knew them also protested against such ridicule.

The PHA’s primary responsibility is to make the city green and lush. In order to fulfill this responsibility, a plan was formulated by the authorities to display portraits of famous and eminent personalities of Faisalabad on the famous highways of the city. The aim was to educate the younger generation regarding the heroes of their past.

The PHA project was already facing considerable delays, and work started in a haphazard manner. Portraits of five famous and eminent personalities of Faisalabad have been hung on Koh Noor Chowk, including Arfa Karim, the youngest Microsoft expert in the world; Bhagat Singh, a freedom fighter from the Indian subcontinent; Sir James Lyall, the founder of Lyallpur; and Rai Ahmad Khan Kharal, a hero of the uprising against British imperialism in the Indian subcontinent. Qawwali maestro Ustad Nusrat Fateh Ali Khan was also included in the list.

However, PHA officials failed to hire a well-known artist to produce portraits of these world-renowned personalities. On the contrary, they assigned the task to an incompetent artist, which only led to ridicule from the people of Faisalabad.

The portraits of these eminent personalities of Faisalabad had been created on the pattern of some cartoons. Locals say these portraits were not a worthy tribute to these personalities. The action of PHA officials was causing grief and anger among the citizens as they have asked who was responsible for making these comical portraits.

In this regard, citizens said that an incompetent artist had been awarded by the PHA authorities for this crucial task. They said that it has made it quite difficult to identify the heroes of Faisalabad. Citizens further said that PHA should have approached a high profile artist in the city instead of rewarding a random artist for such a project. Citizens further said that the portraits erected in Koh-e-Noor Chowk were ridiculous as no writing was included with them.

In this regard, PHA officials said that the installed portraits contain preliminary sketches of these personalities, which will later be brought closer to reality.