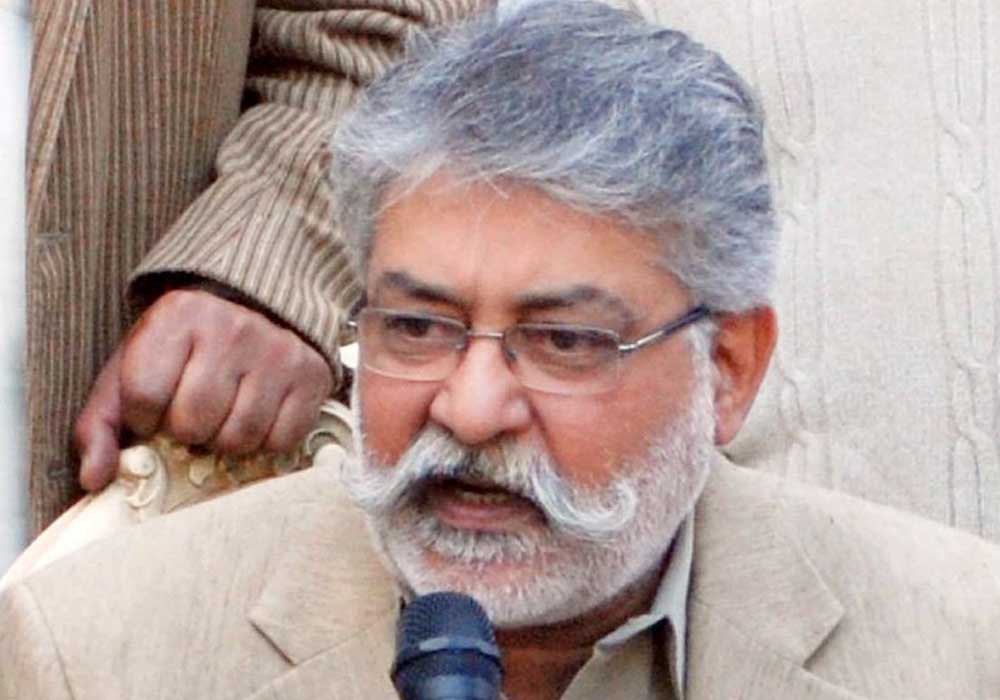 Pir Sibghtullah Shah Rashdi, better known as Pir Sahab Pagara, is learnt to have had some important meetings with influential politicians during his ongoing trip to the different cities of Punjab.

Pir Sahab, who is also the chief of the Grand Democratic Alliance (GDA) as well as head of Pakistan Muslim League (Functional) (PML-F), had joined the Imran Khan-led PTI government with three MNAs. He was advised by his well-wishers to visit his close relatives in Multan and Rahim Yar Khan and ‘old friends’ in Rawalpindi finally.

Credible sources privy to Hur Jamaat as well as GDA confided to this reporter that Pir Sahab agreed to tour Punjab after some powerful people in Karachi, Lahore and Islamabad had requested him to go ahead with a new agenda in the best interests of the country.

“Pir Sahab first met his close relatives Syed Yousaf Raza Gilani and others in Multan and then also met his close relative Makhdoom Syed Ahmed Mehmood,” the sources added. The same credible sources said that after having detailed meetings with his relatives from southern Punjab went to Lahore, where he met with some important persons, as per the advice given to him before he undertook his journey towards Punjab. Important meetings, sources added, were still underway in Islamabad/Rawalpindi where important political issues were being discussed.

“The prime purpose of the meeting at this critical juncture was to settle issues that often break the governments,” a senior Islamabad-based journalist said. The highly credible sources claimed that ice started to melt down but things would take a new turn within the next few days.

A senior PML-F leader, who wished not to be named, revealed that the ‘successful parleys and meetings’ of Pir Sahab would prove crucial towards the end of the political uncertainty and current mayhem in the country. Replying to the question, the leader claimed that the tour of Pir Sahab this time was not meant for gathering the different factions of the Pakistan Muslim League on the same platform but for the betterment of Pakistan and the democratic dispensation in the country.

He said that various issues including ‘bad governance’ in Sindh came under discussion during the meetings, and their positive outcome would be visible after weeks. He added that Pir Sahab categorically told his ‘friends’ and political fellows that only fresh elections without further inordinate delay would bring the country back on the right track.