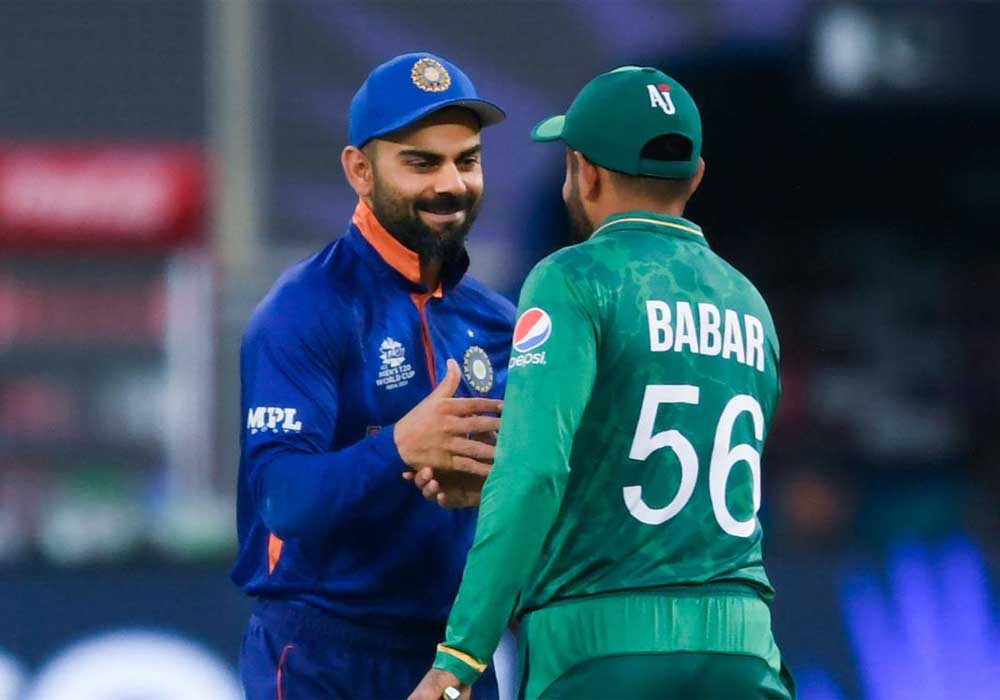 Former Indian captain Virat Kohli said that Babar Azam is arguably the top batsman in the world right now across all formats and he makes cricket exciting.

On Saturday, while talking to an Indian sports channel, Kohli said, Babar Azam is performing “so consistently and justifiably so, he has incredible skill, and I’ve always enjoyed seeing him play”.

Kohli said that he had seen Babar have a high level of “regard and respect” from day one, which has not changed.

Ace Indian batsman said that Babar deserved all of this and players like him were needed to keep world cricket “exciting”.

He stated, “His cricketing foundations are very solid. So these kinds of players, these kinds of characters go a long way and inspire a lot of people. And I see that happening with him as well.”

Kohli met Babar during a practice session at ICC Cricket Academy before the Pakistan vs. India encounter and congratulated him for his recent performances.

Babar had previously backed Kohli up in his tweet and encouraged him that whatever difficult period he was going through at the moment will pass.

Thank you. Keep shining and rising. Wish you all the best 👏