'I was thinking about getting the petrol tank filled on August 13 but resisted the idea after going through a TV ticker that the government may slash the petrol prices.' 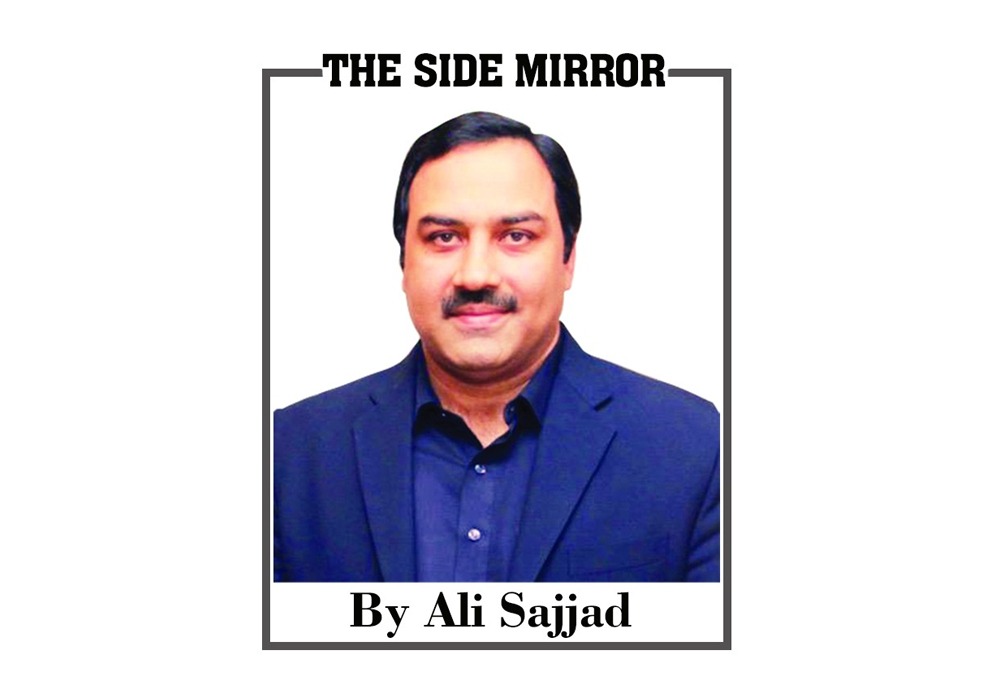 One may find the title of the column misleading. How can one feel pleasure in buying a full tank of petrol these days — in the days of Finance Minister Miftah Ismail?

When one gets a petrol tank filled, and sees the litre units and the price, something happens to their heart, brain and credit card. This shocking feeling has yet to get a name. At least, I cannot describe it.

The fantasy of buying petrol just hours before its hike cannot be described in words.

I was thinking about getting the petrol tank filled on August 13 but resisted the idea after going through a TV ticker that the government may slash the petrol prices. Soon an army of ‘tajziakar’ appeared on TV screens, explaining that due to the continuous decline in the price of petrol in the global market and the value of the dollar in the country, the cut in petroleum prices was imminent.

Then, I heard from the government people who were impatient about the upcoming announcement of the price cut. Moreover, some overly smart media colleagues leaked a note from the Oil and Gas Regulatory Authority sources that the body had recommended reducing the price of petrol up to Rs15 per litre. That looked nice.

No one had an iota of doubt that the government would not announce an increase in petrol prices. Everyone was hoping for a decrease. But the government had its own plans.

Like many others, I was trapped by the talk of Federal Minister of Finance Miftah Ismail on a TV talk show just one day before the Rs6 bombshell. His talk was in the context of the continuous decline in international oil prices and the retreat of the dollar against the rupee. He was just short of saying that the government can afford to provide oil at cheaper prices. The programme host was, however, focused on getting assurance from the minister about the price cut.

On the question of whether petrol was going to be cheaper on August 16, instead of giving a clear positive answer, the minister kept on saying that no tax or levy will be imposed on petrol by the Ministry of Finance.

Whatever the government’s decision, the decline in the price of crude oil is continuing in the world market. According to foreign news agency reports, the prices of crude oil have also decreased by more than $4 per barrel on August 16 in the international market.

Now, we see politics on the oil prices. Pakistan Muslim League-N leader Maryam Nawaz says she has rejected the price hike and announced that she stands with the people. She said PML-N’s real power Mian Nawaz Sharif also strongly opposed the decision when he was informed about it in a meeting and said that he could not support the burden of a single penny on the people. He left the meeting but his party men did not step back from the price hike. Former president Asif Zardari says the government did not consult him on such an important decision.

I had to pay an extra Rs240 to get my car tank filled due to the petrol ambush. I regret the decision not to buy fuel when I needed it the most.

I hope the government withdraw the decision without delay.