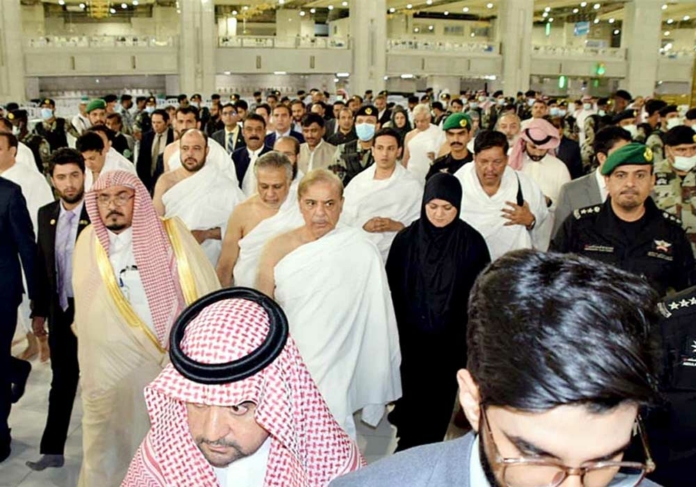 “Imran Niazi is playing a dangerous game. He is using the tragic killing of Arshad Sharif for petty politics and going to the extent of casting aspersions on state institutions,” the prime minister wrote on Twitter, prior to concluding his visit to Saudi Arabia where he attended an investment summit.

During his stay in the kingdom, the prime minister presented Pakistan’s viewpoint at the Davos in the Desert summit. He also held a meeting with Saudi Crown Prince and Prime Minister Mohammad bin Salman and discussed matters of bilateral interest. Separately, former prime minister and Pakistan Muslim League-Nawaz (PML-N) supremo Nawaz Sharif said that Imran Khan’s much-hyped long march to Islamabad was not for a revolution, but to install an army chief of his own choice.

In a statement issued on Twitter on Wednesday, the former prime minister gave his reaction after the long march was announced by the PTI chief, saying that the people have seen his “revolution” during his four-year rule. “Imran Khan’s long march is not for any revolution but to install an army chief of his own choice.” Nawaz Sharif said that Imran Khan, who calls others thieves, has proven himself to be the biggest thief in the country’s history with irrefutable evidence of foreign funding, Toshakhana and robbery worth Rs50 billion. Political tension is growing in the country as Islamabad has been put on high alert after Imran Khan on Tuesday announced holding the much-awaited long march on Friday, demanding the government call fresh general elections. The government has also started preparations to deploy thousands of security personnel to block Imran’s supporters from entering the capital.