Shehbaz thanks Biden, Angelina Jolie and others for becoming voice of millions of people 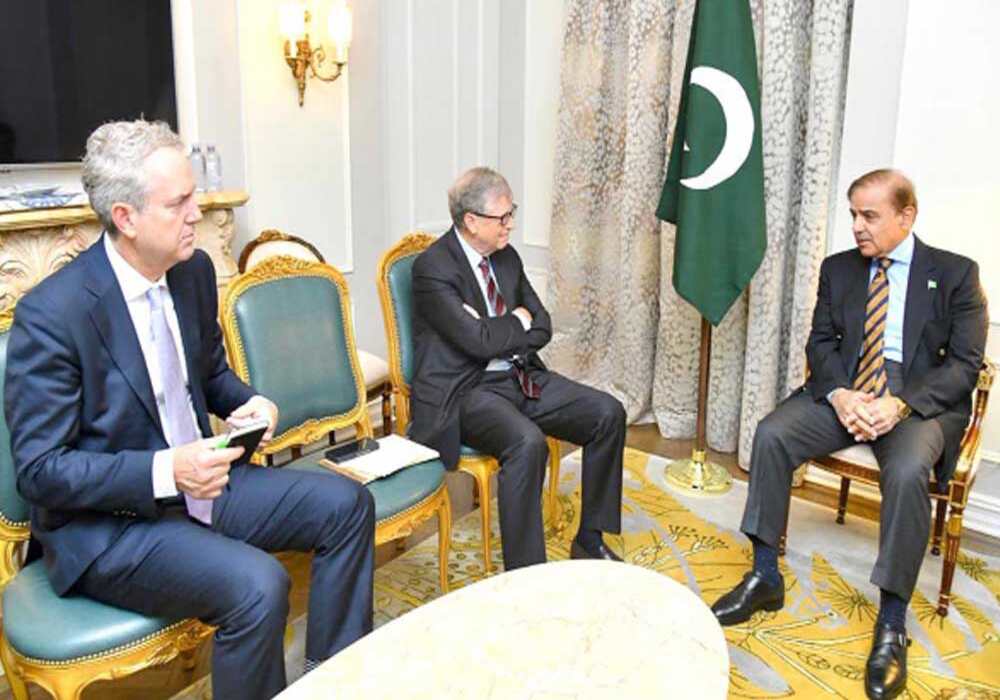 Prime Minister Shehbaz Sharif on Thursday thanked US President Joe Biden for highlighting the plight of flood victims in Pakistan during his address at the UN General Assembly session in New York.

“Thank you President Joe Biden for highlighting the plight of the flood victims in Pakistan and urging the world for an immediate response, as my country is facing the ravages of unprecedented floods. The calls of stranded women & children for help need to be heeded to,” he wrote on Twitter.

Biden had made a fervent pitch for extending help to Pakistan in his address to the UN General Assembly as he announced over $2.9 billion in new assistance to address global food insecurity.

Also, the prime minister hailed the compassion shown by United Nations special envoy Angelina Jolie, who is currently on a visit to Pakistan to show solidarity with flood victims.

During her visit to the National Flood Response Coordination Centre (NFRCC) late Wednesday, she said that she had never seen anything like this disaster before.

“Pakistan thanks Angelina Jolie, a special UN envoy, and other unsung heroes for becoming the voice of millions of people whose lives and livelihoods have been destroyed by raging floodwater,” he said in a tweet.

“We will forever remember their empathy and compassion for suffering humanity.”

Separately, Minister for Information and Broadcasting Marriyum Aurangzeb Thursday said that noted humanitarian Bill Gates called on Prime Minister Shehbaz Sharif in New York. In a tweet, she said the PM apprised Gates of the food insecurity triggered by floods and the plight of flood-stricken women and children in Pakistan. 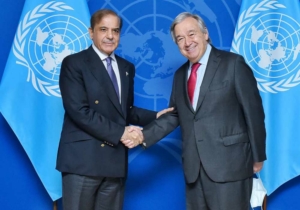 Meanwhile, the prime minister participated in a photo exhibition in New York highlighting the plight of flood victims in Pakistan. The exhibition was organized by the Ministry of Information.