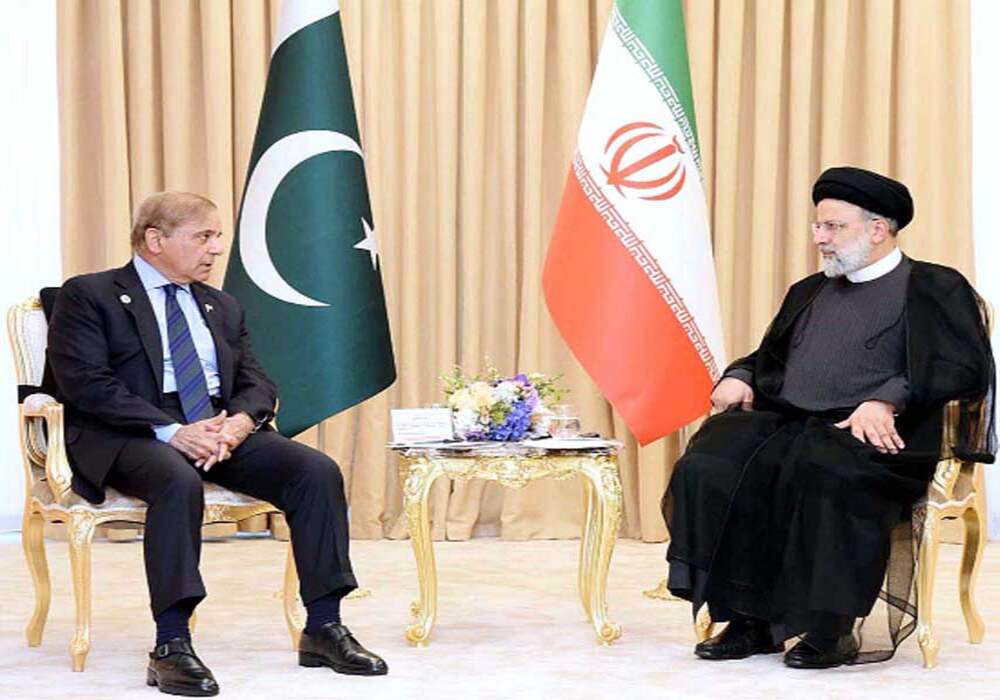 The prime minister expressed these views during a bilateral meeting with Uzbek President Shavkat Mirziyoyev held here on the sidelines of annual Meeting of Council of Heads of State of the Shanghai Cooperation Organization (SCO). The two leaders exchanged views on Pakistan-Uzbekistan relations, and regional and international issues. The wide-ranging talks covered bilateral cooperation, with a special focus on trade and economic relations, and regional connectivity through rail, road and seaports.

The prime minister thanked President Shavkat Mirziyoyev for expressing condolences and sympathies by sending humanitarian aid for the flood affected people. He highlighted the devastation caused by the climate induced floods in Pakistan in terms of loss of human lives and damage to crops, livestock, housing and critical infrastructure. The prime minister underlined the need for closer defence and security cooperation, and further increasing collaboration in the fields of education, culture and tourism.

He emphasized that liberalized Visa Regime would encourage the business communities of both countries to boost bilateral trade and investment. The prime minister reaffirmed Pakistan’s commitment to the timely completion of Trans-Afghan Railway project and expressed satisfaction at the successful completion of field expedition inside Afghanistan by the technical teams from Afghanistan, Pakistan and Uzbekistan.

Once completed, the project would effectively link the Central Asian countries with the world through the seaports of Karachi and Gwadar, he added. The two leaders agreed to early convening of the Inter-Governmental Commission to formulate specific proposals and projects to further deepen and broaden Pakistan-Uzbekistan cooperation across the entire spectrum. The prime minister extended an invitation to President Shavkat Mirziyoyev to visit Pakistan. The Uzbek president also invited the prime minister to visit Uzbekistan at an early date.

Prime Minister Muhammad Shehbaz Sharif met President of Kyrgyzstan Sadyr Zhaparov on the sidelines of SCO Council of Heads of State meeting here on Thursday and exchanged views on growing bilateral relations. The Kyrgyz president expressed sympathies and condolences over the loss of precious lives and damage to property in the massive floods in Pakistan caused by climate change. The prime minister thanked President Zhaparov for the expression of solidarity and shared details of the devastation resulting from the unprecedented floods. 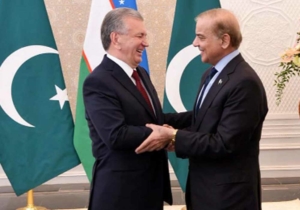 He also stressed the importance of urgent global action to address the threat of climate change and the need for support to the countries like Pakistan that had virtually no contribution to carbon emissions.

The two leaders underscored the need for closer cooperation in trade, investments, energy and people-to-people contacts. They accorded particular focus to further strengthening of high-level exchanges, inter-parliamentary relations, and defence and security ties. The leaders agreed to convene the next meeting of the Joint Ministerial Commission at the earliest. They also reiterated their resolve for timely completion of the “CASA-1000” power transmission project.

The prime minister reaffirmed Pakistan’s readiness to facilitate the Kyrgyz Republic’s access to the sea through Gwadar and Karachi ports. He also welcomed resumption of chartered flights between the two countries. He thanked the Kyrgyz president for hosting more than 11,000 Pakistani students in medical universities of Kyrgyzstan, and hoped that the Kyrgyz government would continue to facilitate them and ensure their safety and security during the period of their educational stay in the country. The two sides agreed to maintain regular high-level contacts. The prime minister extended an invitation to President Zhaparov to visit Pakistan at an early date. 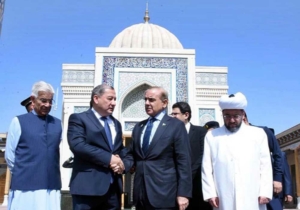 Prime Minister Shehbaz Sharif also had a bilateral meeting with President of Belarus Alexander Lukashenko here on the sidelines of the Shanghai Cooperation Organization (SCO) Council of Heads of State meeting. The two leaders comprehensively reviewed the bilateral relationship and discussed regional and international issues. The prime minister highlighted the massive human and material losses caused by the unprecedented floods in Pakistan and thanked President Lukashenko for his sympathies and condolences over the devastation caused.

Underscoring the rising threat of climate change to the countries like Pakistan, he stressed the need to combat the menace through collective action at the global level. Appreciating the broad framework of cooperation and mechanisms in place, the prime minister expressed his commitment towards increasing the momentum of bilateral collaboration in all fields, including political, trade, investment and economic cooperation between Pakistan and Belarus.

The two sides also agreed to hold the next session of Pakistan-Belarus Joint Economic Commission (JEC) at the earliest, which could prove instrumental in enhancing bilateral trade and mutual cooperation in diverse areas. The prime minister conveyed Pakistan’s support for Belarus’s full membership of the SCO, and expressed the confidence that it would further strengthen the Organization. While accepting the invitation by President Lukashenko to visit Belarus, he also extended an invitation to the President of Belarus to visit Pakistan.

Prime Minister Shehbaz Sharif on Thursday expressed Pakistan’s resolve for the timely completion of the important CASA-1000 power project, aimed at the transmission of electricity from the Central Asian state. In a meeting with Tajikistan’s President Emomali Rahmon on the sidelines of the SCO Heads of Council meeting in Samarkand, the two leaders held wide-ranging talks covering all aspects of the mutually beneficial bilateral cooperation including regional and international issues.

The prime minister emphasized the expansion of cooperation in the field of road transportation and underscored the importance of connectivity. He underlined Pakistan’s readiness to facilitate the provision of access to Gwadar and Karachi to Tajikistan. President Rahmon extended profound sympathies and condolences over the loss of human lives and devastation caused by the floods in Pakistan and assured of Tajikistan’s full support in the efforts for relief and rehabilitation of the affected people. 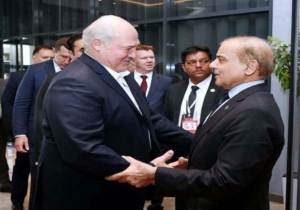 PM Sharif thanked Tajikistan for its support to the flood-affected people in Pakistan and shared details of the devastation caused by the massive floods, induced by climate change. The prime minister expressed satisfaction over the growing political, trade, economic, and cultural cooperation between the two countries. He underscored the need for a strategic partnership aimed at boosting security, mutual trust, countering the current global threats and challenges, enhancing regional stability, and expanding political, trade and economic cooperation.

Both the leaders accorded particular focus on further strengthening of reliable and constructive high-level contacts, inter-parliamentary ties, defence and security relations between the two countries. The prime minister underlined the importance of regular meetings of bilateral institutional mechanisms and establishment of mutually beneficial cooperation in the implementation of energy projects. The leaders also exchanged views on regional and global issues of mutual interest and agreed to work together to strengthen peace, stability and security in the region, particularly in Afghanistan.

Prime Minister Shehbaz Sharif on Thursday met with Iranian President Seyed Ebrahim Raisi wherein both the countries agreed to further promote bilateral relations in diverse fields. During the meeting, held on the sidelines of the annual Meeting of the Council of Heads of State of Shanghai Cooperation Organization being held here, both sides affirmed the desire to strengthen cooperation in economic, trade, connectivity, energy, culture and people-to-people links.

The two leaders exchanged views on the entire range of bilateral relations. Both the leaders positively evaluated the outcome of the Pakistan-Iran Joint Economic Commission and agreed to further promote bilateral relations in diverse fields. The prime minister underscored the need for closer bilateral engagement for boosting economic and energy cooperation, operationalizing barter trade, opening border sustenance markets, and facilitation of Pakistani Zaireen.

It was agreed that Pakistan would be sending a delegation to discuss measures for expanded cooperation in bilateral trade and energy sectors. Prime Minister Sharif extended his gratitude to President Raisi and to the people of Iran for their solidarity and support with the Pakistani nation during the massive floods in the country. He highlighted the devastating impact of the floods caused by climate change, and underscored that Pakistan, with the least carbon emissions, was bearing the cost of something for which it was not responsible.